What’s Coming to Netflix for Halloween 2022 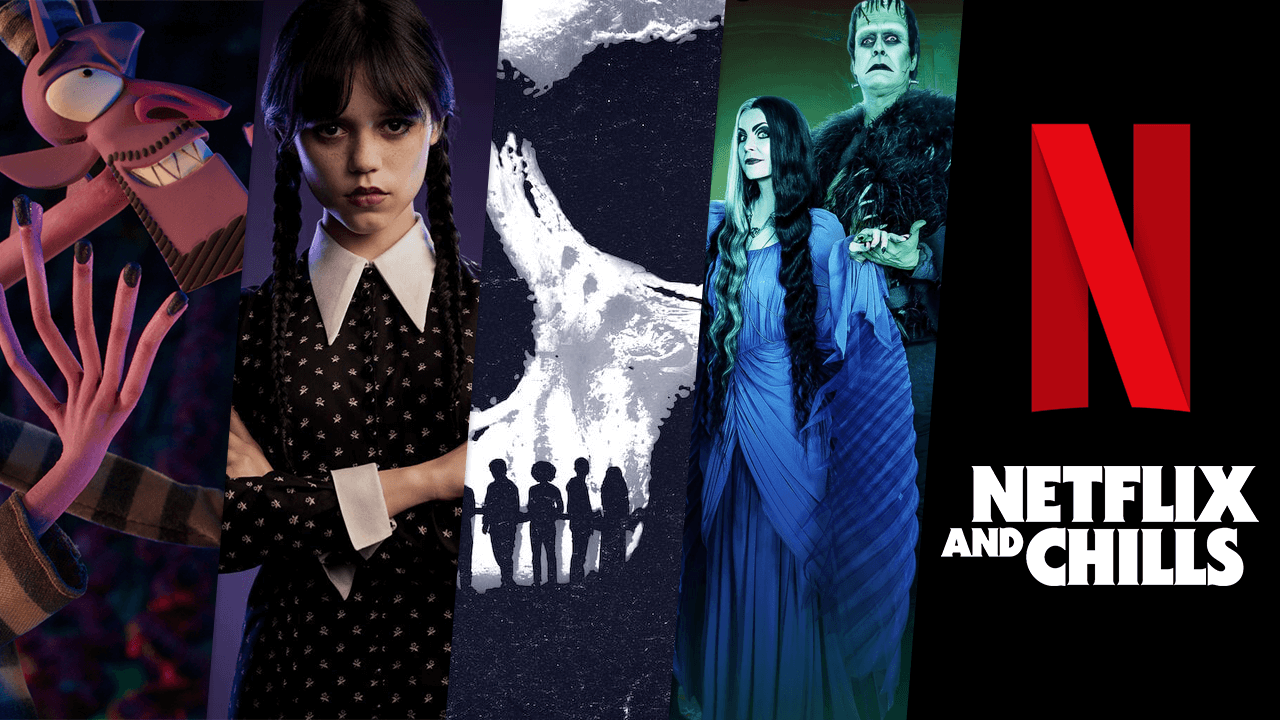 As a reminder, this is an early preview that will no doubt grow over time as we learn about new horror/Halloween-related content coming over the course of September, October, and November.

If you want to unlock all of the Halloween content on Netflix, follow our guide for the horror category codes. From the team behind Pup Academy and Super Pupz comes a new Halloween-inspired series that’s about a young boy and his family moving into a haunted home. It’s haunted by various puppies who hope to become real dogs again. Ryan Murphy’s deal will finally be heating up for Netflix just in time for Halloween with the release of the long-awaited limited series, which will see Evan Peters embody the serial killer that incorporated necrophilia and cannibalism into his twisted killings.

Conversations with a Killer: The Jeffrey Dahmer Tapes (Limited Series) Given that we included the limited series DAHMER on this list, we thought we’d also mention the 3-part miniseries from Joe Berlinger, which serves as the third season to the Conversations with a Killer docuseries (previous entries included The Ted Bundy Tapes and The John Wayne Gacy Tapes)

The docuseries features never-head-before audio interviews between Dahmer and his defense team. John Lee Hancock is behind this new adaptation of the Stephen King short story and will feature Kirby Howell-Baptiste, Donald Sutherland, and Jaeden Martell. Netflix’s competition reality series will be back in October with a spooky themed season.

Here’s the official description for the new season:

“The Emmy-nominated series is back with a season full of tricks and treats as we celebrate Halloween. Featuring ghoulish surprises from some favorite Netflix shows – Umbrella Academy, Cobra Kai and The Witcher, the desserts are intentionally scary this time!” Based on the Christopher Pike young adult novel, the series follows a group of five ill patients at a hospice who share scary stories with each other at night. The animated kids’ series Dead End: Paranormal Park is returning for the second batch of episodes just in time for Halloween.

Here’s what you can expect going into the second season:

“Barney, Norma and friends are now the park’s official demon cleanup crew. But are they ready to take a break and just be normal teens? Follow their delightfully supernatural adventures with a slew of strange new creatures, from angels to evil twins to deranged dolls.”

The Curse of Bridge Hollow Fulfilling the Halloween comedy movie for 2022 is the new film from Marlon Wayans and Stranger Things star Priah Ferguson.

The movie, previously known as Boo!, is about a father and his daughter forced to team up and save their town after an ancient and mischievous spirit causes Halloween decorations to come to life and wreak havoc.

The School for Good and Evil Originally expected in September but pushed back for the Halloween season is The School for Good and Evil, the new movie from Paul Feig and headlined by Charlize Theron and Kerry Washington.

Here’s what you can expect from the new fantasy movie based on the books of the same name:

“Best friends Sophie and Agatha find themselves on opposing sides of a modern fairy tale when they’re swept away into an enchanted school where young heroes and villains are trained to protect the balance of good and evil.” A brand new reality series where we see three teams spending 28 days in some of America’s most haunted locations. Based on the theories of Ed and Lorraine Warren. There’s still so much we don’t know about the upcoming horror anthology series from the creative mind of Guillermo Del Toro. We’ve got a rough idea of what some of the episodes will be about and who will star in them but beyond that, it’s anyone’s guess.

There’ll be 8 episodes of the horror series while Del Toro is involved with all of the episodes, some will be directed by some of the biggest names in horror. Among the directors to feature includes the directors of The Babadook, Splice, Mandy, and many more. Here’s what you can expect from the new series: From the director of Caroline and The Nightmare Before Christmas comes this new stop-motion animated movie featuring the voices of Jordan Peele and Keegan-Michael Key.

About two scheming demon brothers who must face their arch-nemesis, the demon-dusting nun Sister Helly. Years after her last appearance on our screen, Wednesday Addams is back in a new family comedy series that sees the character at school attempting to master her abilities and solve mysteries.

Jenna Ortega will be taking up the role of Wednesday but the series will also see the return of Christina Ricci, Catherine Zeta-Jones, Luis Guzman and Jamie McShane. Arriving long after Halloween is over but worth mentioning is 1899, the brand new series from the creators of Netflix’s hit German series, Dark.

Here’s what you can expect from the ambitious series using the world’s most advanced technology:

“A migrant steamship heads west to leave the old continent. The passengers, a mixed bag of European origins, united by their hopes and dreams for the new century and their future abroad. But their journey takes an unexpected turn when they discover another migrant ship adrift on open sea. What they will find on board, will turn their passage to the promised land into a horrifying nightmare.” As we first revealed, the new Norweigen movie from Roar Uthaug will take us into the year’s final month.

The new movie sees something awakened within the mountain of Dovre.

These movies are only coming to Netflix in the US. 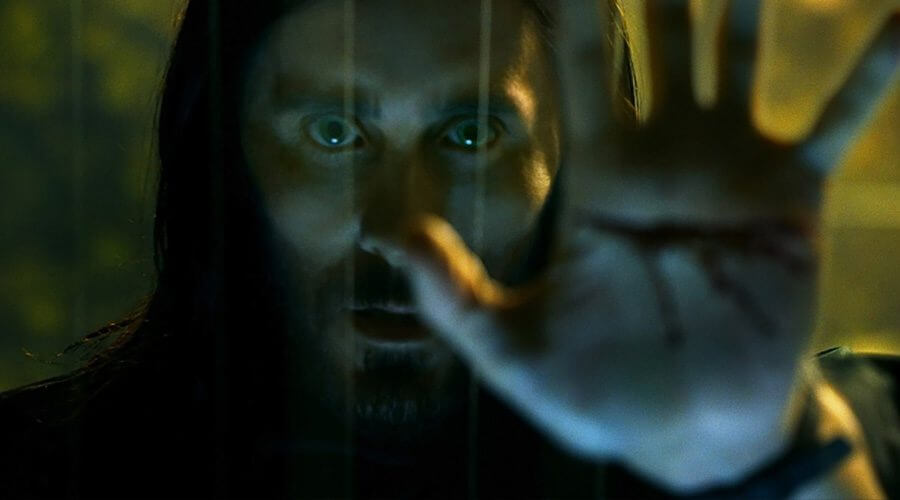 Is Morbius a Halloween movie? Not really, but it does feature vampires, which is enough of a link for us to include it here.

Despite not getting the best reviews in the world, Morbius has become an internet phenomenon and will no doubt make waves when it comes to Netflix as part of Sony Pictures’ first window deal in the States. Rob Zombie is reviving The Munsters and it’ll be coming to Netflix but only in the United States.

The new movie sees the return of Herman and Lily who are on a “hauntingly hilarious trip” from Transylvania to Hollywood.

As per previous releases from Universal 1440 releases, the movie will release day and date alongside its VOD release which is scheduled for September 27th. Amongst the licensed movies coming on October 1st for Netflix US is the hit fantasy series that’s a favorite around Halloween in the form of Jim Henson’s Labyrinth.

The classic movie notably stars David Bowie and Jennifer Connelly, about a babysitter who summons Jareth the Goblin King to take away Toby. The 2002 and the 2004 sequel Scooby-Doo movies are headed to Netflix in October 2022, just in time for Halloween. The goofy family movies are perfect for Halloween as you follow Mystery Inc solving mysteries. Already available on Hulu, this live-action special Blippi episode will be headed to Netflix in the middle of the month.

“Get ready for a spooky halloween with Blippi! Learn all about fun halloween decorations, visit a candy store for the best sweet and spooky treats, learn how to make a Jack-O-Lantern, and so much more.” Luke Evans headlines this Universal movie about a young Vlad Tepes who transforms into a monster to protect himself and his fellow countrymen from the Turks.

To keep Mavis from leaving the hotel, Dracula and his friends try to bring out the monster in his half-human, half-vampire grandson. Adam Sandler, Andy Samberg and Selena Gomez voice.

For more horror content coming soon to Netflix, check out our TV and movie guide here.

What new Halloween title are you most looking forward to watching on Netflix? Let us know in the comments.