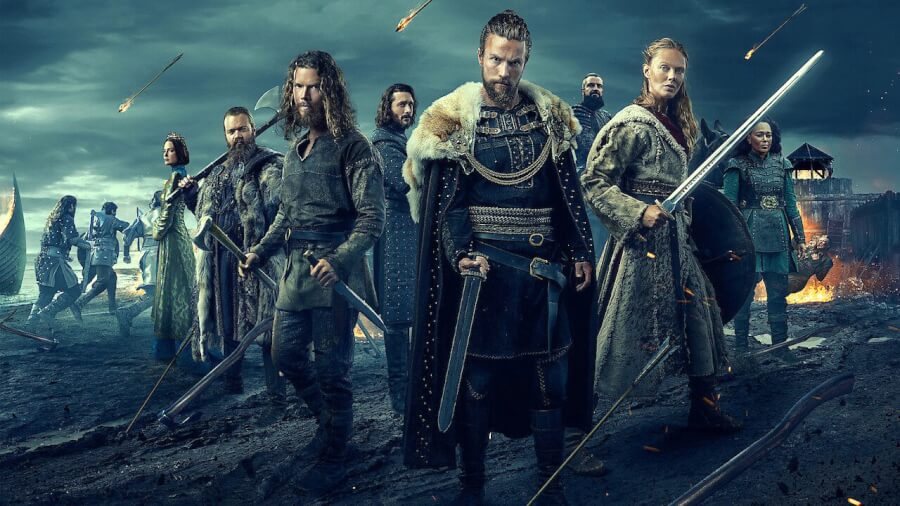 Vikings: Valhalla, the long-anticipated sequel to MGM’s Vikings dropped on Netflix in early 2022 and more is coming in 2023. Having already filmed, we already know quite a lot about season 2 of the show so here’s an updated everything we know so far about Vikings: Valhalla season 2 on Netflix.

Vikings: Valhalla is a Netflix Original historical drama created by Michael Hirst and a spin-off of the popular History Channel series, Vikings. The series is produced by MGM Productions, like its predecessor which ran for six seasons.

The events of Vikings: Valhalla takes place one hundred years after the Great Viking army set sail for England, helmed by the sons of Ragnar Lothbrok who sought revenge for his death.

We’re going to go deep into what we know about season 2 below so if you’re just looking for the highlights, here they are:

When was Vikings: Valhalla renewed for a second season?

The reason for this early renewal is the huge upfront order the show received when it was first announced. 24 episodes were ordered in total.

Netflix also acquired the licensing rights to the original Vikings series as part of this deal with Netflix UK and Netflix US are still set to receive seasons 1-6 in a couple of years’ time.

Considering how popular the show’s predecessor Vikings was, Netflix was clearly wildly confident that Vikings: Valhalla will be a huge hit for them.

At the Netflix TUDUM event, we were treated to our first look clip at the upcoming second season.

How well did Vikings: Valhalla perform on Netflix?

Thanks to Netflix Top 10 data we’ve got a pretty good insight into how well the show is performing. For its first two days on the platform, it registered 80.56 million hours watched making it the second most-watched show that week.

Making comparisons is pretty difficult with this new hourly data but we can see that Vikings: Valhalla performed favorably (at least in the first 2-3 weeks) compared to the final season of The Last Kingdom which also released in early 2022. 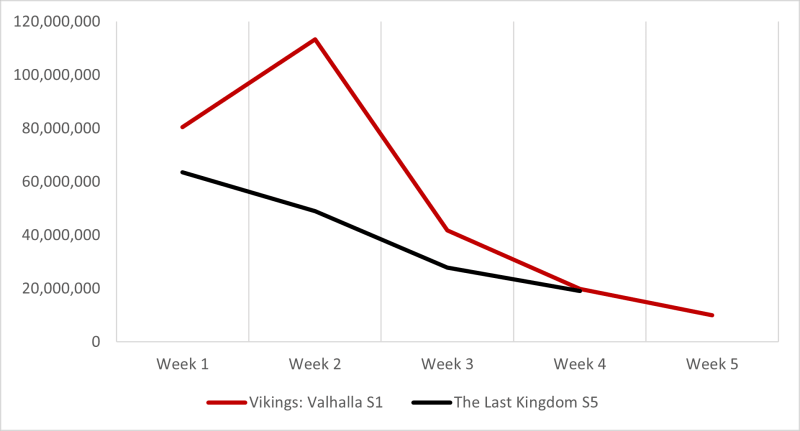 Nielsen every week publishes various top 10s (usually a month behind) that gives an insight into how well the show is performing in the United States.

Again, in the first week listed below, Vikings: Valhalla was only available for 2 days.

The critical consensus is as follows:

“Reveling in the glory of straightforward adventure storytelling, Valhalla is a bloody good dramatization of Leif Eriksson’s conquests.”

The series was also nominated for a Primetime Emmy award.

What is the production status of Vikings: Valhalla season 2?

Subscribers will be delighted to learn that filming has already wrapped on the second season of Vikings: Valhalla. We previously reported in November 2021 that the production of the series has wrapped in Ireland.

Wicklow Town looking stunning this week during filming for Valhalla, a spin-off of ‘Vikings’!

Jeb Stuart confirmed that around the time of season 1 release that he was “finishing the editing of the last episode of season two”. That suggests that the show will be sitting completed for around a year before dropping.

Production is gearing up for season 3 too. As part of Netflix’s confirmation of the second and third season, they stated that production would begin in Spring 2022. We’ve learned that they’re gearing up throughout April with the view to begin filming in May 2022.

Speaking to DigitalSpy, Jeb Stuart told them that season 3 is “very exciting” and “my Vikings get out of Scandinavia, so we have lots of great surprises.”

When is the Vikings: Valhalla season 2 release date?

At the time of publishing, Netflix hasn’t announced an exact release date for Vikings: Valhalla season 2 beyond a general 2023 release date. However, we can take an educated guess on when we can expect the second season to arrive.

What to expect from the second season of Vikings: Valhalla?

Just like the show’s predecessor, Vikings: Valhalla takes many creative liberties by trading historical accuracy for action and drama. However, many significant recorded events happened during this period of history that we can expect to see in season 2 and beyond.

The Greenlander’s journey to the east has brought much pain and sorrow upon Leif and his sister, Freydis. All of their comrades that set sail with them to Denmark eventually died. The biggest death to impact Leif was Lif, his lover, and fellow warrior that died during the invasion of Kattegat.

Lif was the one person who kept Leif grounded and stopped him from becoming like his famous berserker father, Erik the Red. Her death saw Leif snap, resulting in the explorer donning a pair of dual axes, no armor, and single-handedly taking down an entire group of Viking warriors without breaking a sweat. His war cry signified that like his father before him, Leif is embracing his blood-thirsty berserker nature.

Fate is often cruel, and if Leif follows in the footsteps of his father he may find himself banished or exiled from the Viking world, forcing the famed explorer to sail west and establish Vinland, the first European settlement in the Americas. 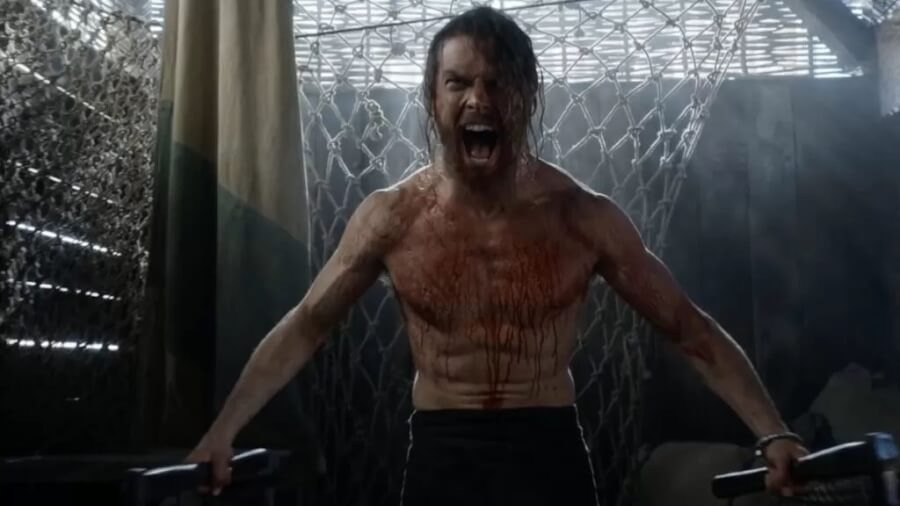 Harold, the future King of Norway?

One of the biggest creative liberties that Vikings: Valhalla have taken with history is the early appearance of Harald Sigurdson, more famously known as Harold Hardrada.

Harold’s exploits in the Viking world are legendary, but none of them took place during the events of Viking: Valhalla as the future King of Norway was but a baby, born to Asta and Sigurd in Ringerike, Norway, in 1015, one year after the destruction of London Bridge.

The Harald depicted in Valhalla has the open support of King Cnut but with the fate of his half-brother Olaf currently unknown, not to mention fleeing Kattegat with Freydis, Harald’s journey to becoming king still remains distant.

Speaking to The Wrap, Leo Suter told them: 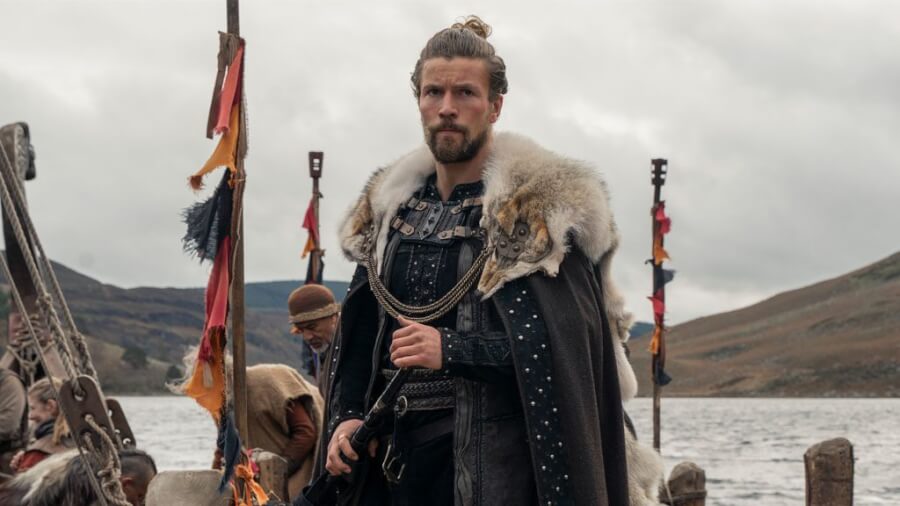 Aided by his ambitious wife Emma of Normandy, and his father Sweyn Forkbeard, King Cnut’s vision of a Great Northern Empire is firmly within reach.

Queen Emma’s tactful ploy against Queen Ælfgifu gave Sweyn enough time to find his son’s fleet and set sail to Kattegat. With Ælfgifu now out of the picture, England is firmly under Cnut’s rule.

Cnut was already fighting a war in Denmark but lacked his fleet thanks to Ælfgifu. With his father, Sweyn now aiding the defense of Kattegat, it won’t be long before the Danes fall under the Norse king’s rule.

Once Cnut is the King of Denmark, his dream of forming a North Sea empire will become a reality.

But, like all great empires and kingdoms, when its ruler dies, and land is there to be divided, expect to see many ambitious individuals make a move on all three of Cnut’s kingdoms. 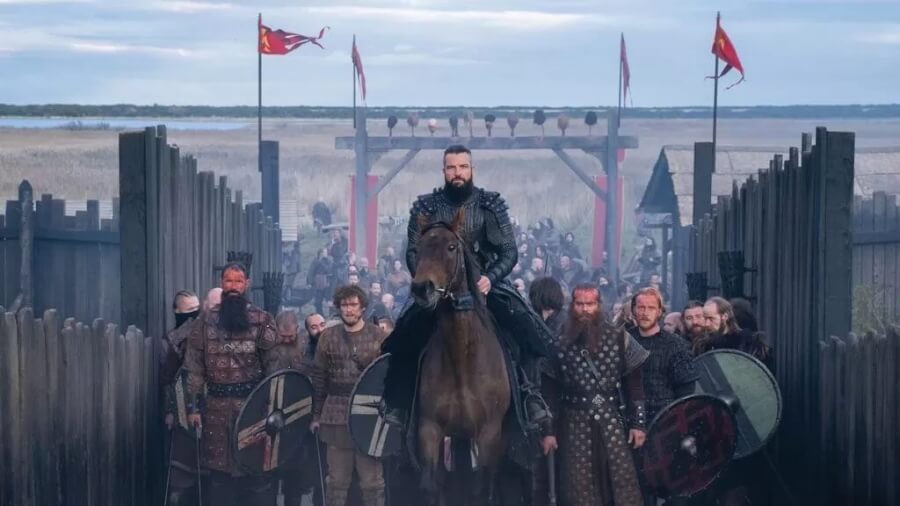 With the destruction of Upsala and the rise of Christianity in the Viking world, the worship of the old gods grows weaker by the day. Freydis and the Greenlanders are worshipers of the old ways, but even Leif has taken a keen interest in Christianity as a means to explain all of the miraculous ways he survives death.

It’s still unclear what is meant by “the Last,” and what it means for Freydis. This could suggest that Freydis may be the last person capable of spreading the worship of the Old Ways and her destiny may lie in becoming a high priestess or a seer. 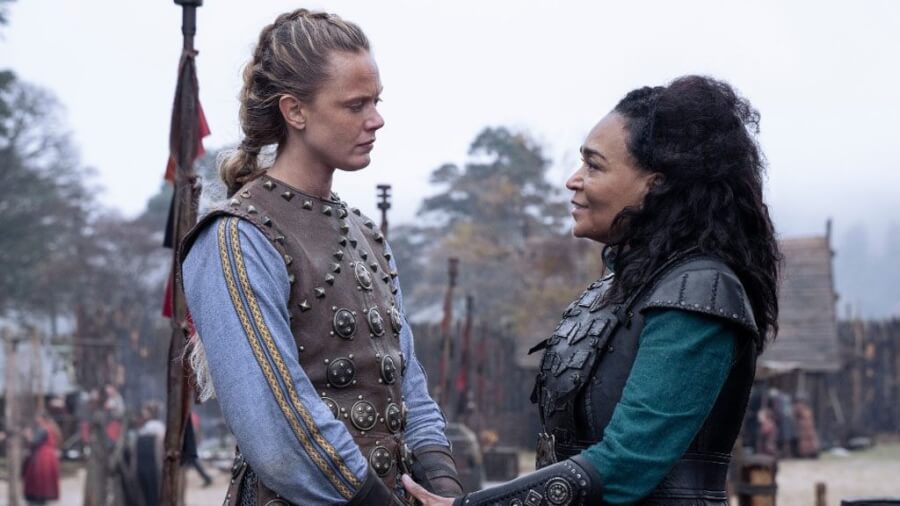 What is the episode count for season 2 of Vikings: Valhalla?

Every season of Vikings: Valhalla will consist of eight episodes.

In total, there will be 24 episodes of Vikings: Valhalla spread across 3 seasons.

Looking ahead to season 3, one of the biggest pieces of news we’ve had so far is that we can expect to see George Maniakes appear in the season. In history, Maniakes was a prominent general of the Byzantine Empire during the 11th century. He’s set to be played by Florian Munteanu, who played Razor Fist in Shang-Chi and the Legend of the Ten Rings.

Are you looking forward to the release of Vikings: Valhalla season 2 on Netflix? Let us know in the comments below!