‘The Fall of the House of Usher’ Netflix Series: What We Know So Far

Mike Flanagan, the incredible mind behind some of Netflix’s best horror shows, is returning again to adapt another classic horror novel. With The Midnight Club now streaming, the next Netflix Mike Flanagan project is the new limited series The Fall of the House of Usher due to release in 2023.

The Fall of the House of Usher is an upcoming Netflix Original horror series written, directed, and produced by Mike Flanagan.

The series will be produced by Mike Flanagan‘s and Trevor Macy‘s Intrepid Pictures, the same production behind all of Flanagan’s movies and TV shows. Flanagan will be directing episodes as will Michael Fimognari, who has worked on Midnight Mass, The Haunting series, and even Netflix’s To All The Boys movies.

What is the production status of The Fall of the House of Usher?

Listed by Production Weekly back in December 2021, filming was scheduled to begin in Vancouver, Canada, on January 24th, 2022, and will be taking place over four months. It was initially scheduled to end on Wednesday, May 25th, 2022. 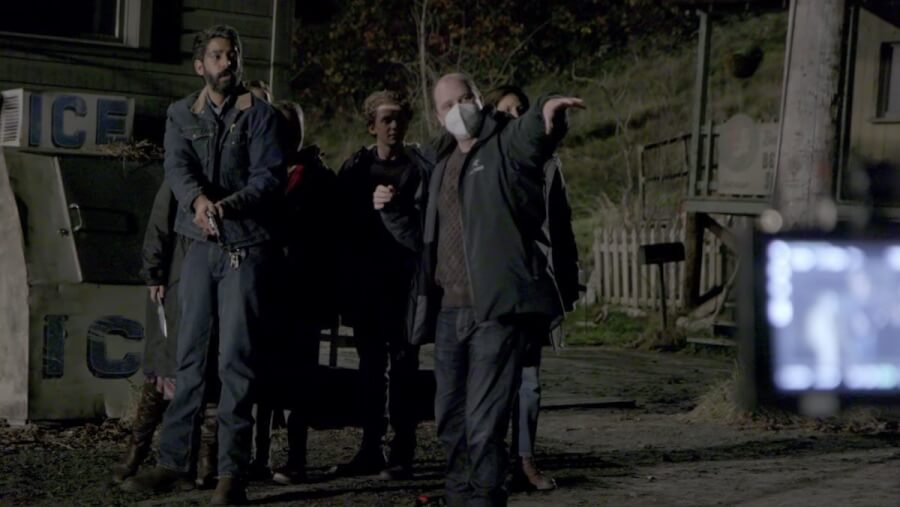 Confirmation that filming had gotten underway came from several actors posting on social media about the project. Kate Siegel posted on January 26th, pointing at a sign with the new series logo.

Flanagan later clarified that although the cast were all in Canada, the cameras hadn’t started rolling yet.

Every new journey begins with a single step. pic.twitter.com/tcl1yuwaMF

Filming didn’t get underway until January 31st and ran through to July 2022.

The show is being filmed at Bridge Studios in Burnaby, BC, Canada. It’s been the filming home for many Netflix projects over the years, including Flanagan’s past works such as Midnight Mass and The Haunting of Bly Manor, as well also for Lost in Space, Brand New Cherry Flavor, Christmas Chronicles, and Operation Christmas Drop.

Filming eventually wrapped on the series on July 9th with a heartfelt Twitter thread from Mike Flanagan confirming the wrap. We’ve included some of the main parts of this Twitter thread below:

“A few minutes ago we wrapped production on THE FALL OF THE HOUSE OF USHER, closing a huge chapter of my life. I’ve worked in Vancouver almost nonstop since BLY MANOR in 2019. We made 4 series in 3 years, only taking a short break for the COVID lockdown in early 2020.

BLY MANOR, MIDNIGHT MASS, MIDNIGHT CLUB & HOUSE OF USHER were each profoundly challenging. Three of those shows were produced during the pandemic, amid ever-shifting safety protocols designed to keep our huge casts and crews safe.

It’s been a privilege to work with some wonderful collaborators, actors, directors, storytellers, crew, family and friends for so long, over THIRTY-FOUR EPISODES of television – the most difficult and rewarding work of my life.
This isn’t closing the book entirely on the “Vancouver Era” of @intrepid, I’m sure we’ll be back, but it does feel like the end of a very specific chapter. The world has changed profoundly since BLY prep began, and so many of us went through so much together.

Thank you, Vancouver, for being such a wonderful home for my entire family over these past years. My children practically grew up here. I’m sure I’ll see you soon. Until then, I wish you the best and thank you for everything.”

What is the plot of The Fall of the House of Usher?

Written by Edgar Allan Poe, The Fall of the House of Usher and Other Tales was first published in 1839 in Burton’s Gentleman’s Magazine. The short story was then included in Allen Poe’s collection of published short stories in the book Tales of the Grotesque and Arabesque. 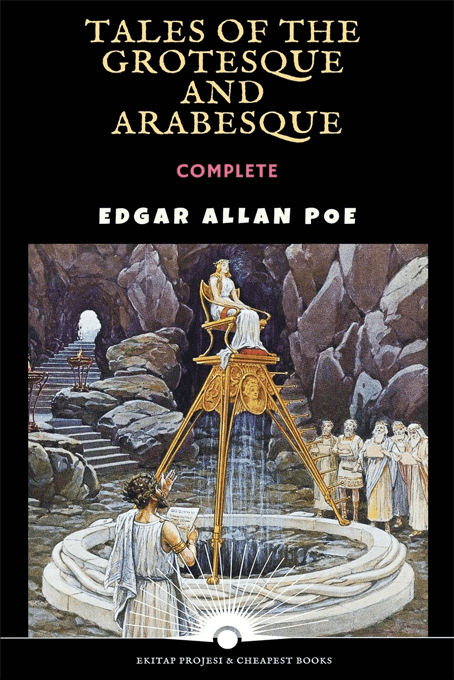 Other than Midnight Mass, all of the television shows written, directed, and produced by Mike Flanagan have been adaptations of horror novels:

Here’s a logline that’s been released about what we can expect:

“The drama is based on multiple works from Edgar Allan Poe, it features themes of madness, family, isolation, and metaphysical identities. The Fall of the House of Usher is narrated by a man who has been invited to visit his childhood friend Roderick Usher. Usher gradually makes clear that his twin sister Madeline has been placed in the family vault not quite dead. When she reappears in her blood-stained shroud, the visitor rushes to leave as the entire house splits and sinks into a lake.”

Who is in the cast of The Fall of the House of Usher?

Mike Flanagan is extremely well known for working with actors on multiple projects. That’s absolutely going to be the case for The Fall of the House of Usher, with numerous faces from The Haunting of Hill House and, more recently, Midnight Mass returning here.

Let’s run through the cast now and we’ll walk you through the frequent Mike Flanagan players and those who are new to the Flanagan universe seperately. 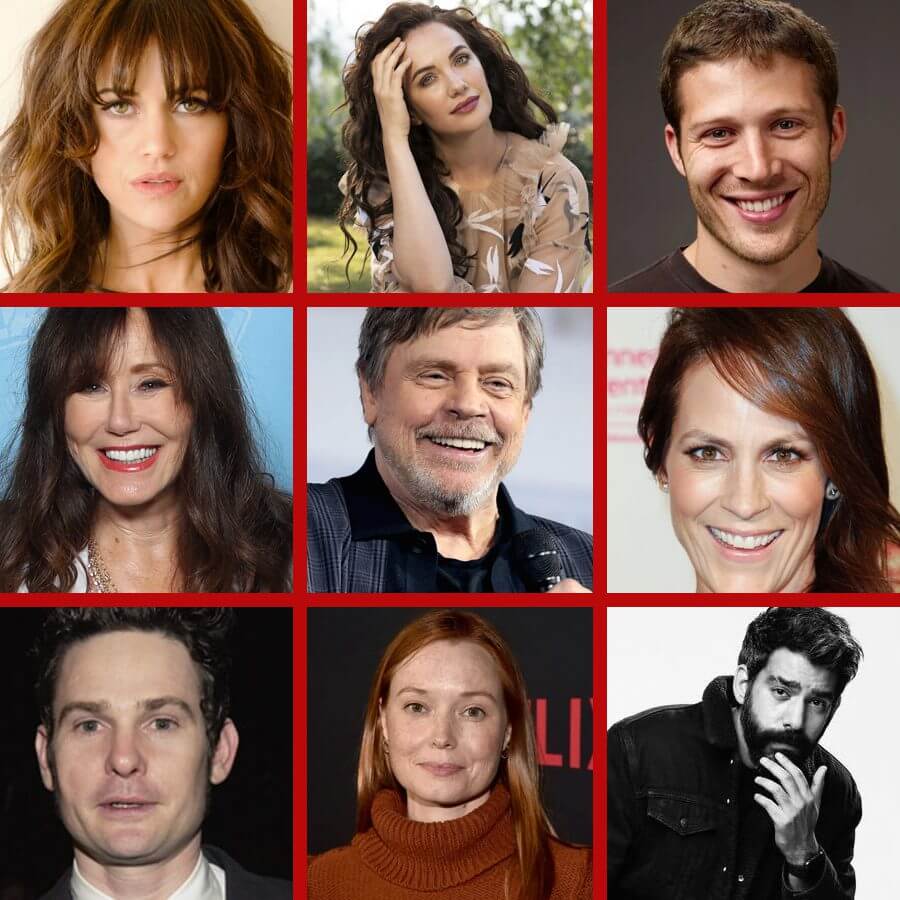 Cast grid for The Fall of the House of Usher

Returning Players for The Fall of the House of Ushers

Among the cast members who are returning from other Mike Flanagan projects include: To begin with, Frank Langella was in the show. However, he was eventually replaced.

Langella was due to play Roderick Usher, the towering patriarch of the Usher dynasty. He’s an actor best known for Frost/Nixon and The Trial of the Chicago 7. He did begin filming the series but was reportedly fired from the production in April 2022. This was following an investigation into the actor. The report “determined that Langella had been involved in unacceptable conduct on set. As a result, a decision has been made to recast the role of Roderick Usher.”

All the scenes that had been shot with Langella were reshot and in late April 2022, it was announced Bruce Greenwood was who was to replace him.

When is the Netflix release date of The Fall of the House of Usher?

With filming taking place between January and July 2022, it’s highly unlikely we’ll see The Fall of the House of Usher released in 2022 (Flanagan’s 2022 release is The Midnight Club coming out in October 2022).

Are you looking forward to the release of The Fall of the House of Usher? Let us know in the comments below!