‘Squid Game’ Season 2 on Netflix: Everything We Know So Far 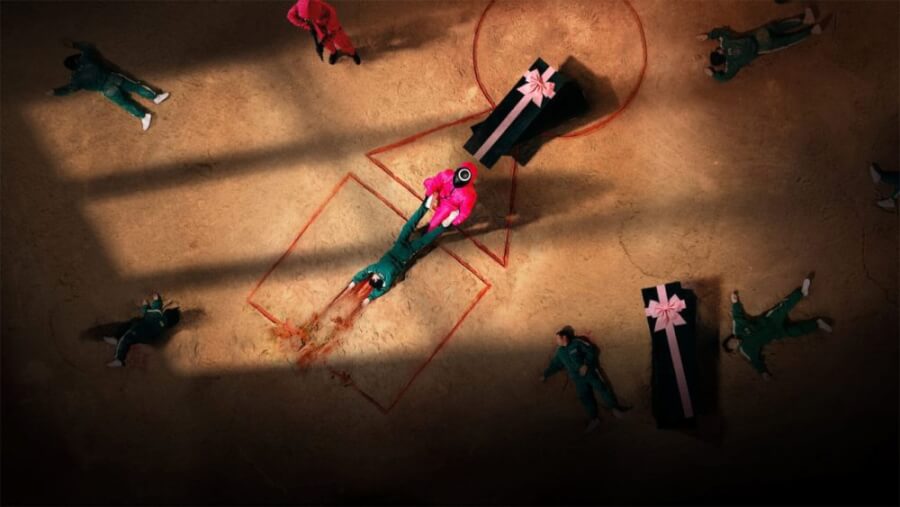 The worldwide phenomenon, Squid Game, is returning for a second season on Netflix. However, we’ll be waiting a while according to creator Hwang Dong-hyuk, and we could be waiting as long as 2024 for the series’ return. For now, we’ll be covering everything we know so far about Squid Game season 2 on Netflix, including what to expect, cast new, production updates, and the Netflix release date.

Written and directed by Hwang Dong-hyuk, Squid Game is a South Korean Netlfix Original thriller series, and one of the most popular titles we’ve seen from the country since Kingdom and Crash Landing on You.

The series is a credit to Netflix’s growing investment in South Korea, which has seen hundreds of millions of dollars being invested into Korean movies and television shows.

Has Netflix renewed Squid Game for a second season?

We guessed that Squid Game was going to be popular, but we certainly weren’t expecting the K-Drama to become the worldwide phenomenon it now is. Amassing an audience exceeding the hundreds of millions, Squid Game is officially Netflix’s most successful Original ever.

Naturally, with the series being as successful as it has become there was lots of speculation surrounding its future. It was the world’s worst secret that Netflix had greenlit the show for a second season.

In the wake of the show’s success, many have reached out to Hwang Dong-hyuk, the creator of Squid Game, to which he hasn’t been shy about sharing his thoughts. Dong-hyuk revealed to Variety how happy he has been with the show’s success, but thanks to how long and stressful the process of making the series was has initially put him off from jumping straight back into the project. 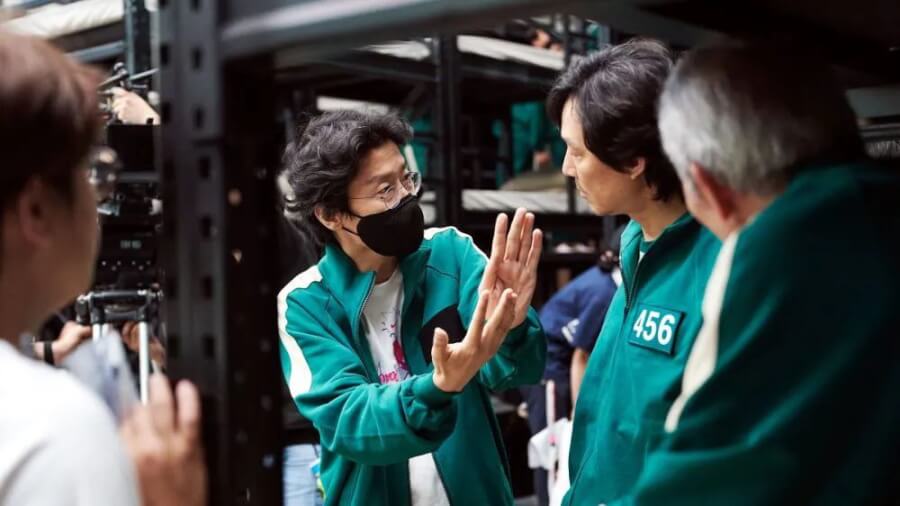 Hwang Dong-hyuk on the set of Squid Game

However, the cogs have been turning in Dong-hyuk’s head, as he has revealed that he has a basic storyline mapped out in his head for season 2. AP News reported at a red carpet event for a special screening at Neuehouse Hollywood, Hwang Dong-hyuk stated that season 2 will happen someday;

I do have a basic storyline for season two, it’s all in my head, and I am currently in the brainstorming stage. It will happen, someday, but as for when I cannot tell you the details.

In January 2022 Netflix’s chief content officer Ted Sarandos confirmed that the second season of Squid Game is on the way.

COMEBACK SQUID: Hwang Dong-hyuk, the director, creator, writer of #SquidGame says the show will be back with more Gi-hun adventures. pic.twitter.com/uqC1DIdZqy

Squid Game to get a third season!?

In an interview with the Korea Times, Hwang Dong-hyuk revealed that he is in discussions with Netflix for a second and third season.

I’m in talks with Netflix over Season 2 as well as Season 3. We will come to a conclusion any time soon.

This is wildly surprising news given the initial reluctance that Hwang Dong-hyuk had to return to the franchise for a second season. However, ideas for where the story could go next must be lighting up the creative brain of the Korean filmmaker.

Given the overwhelming success of Squid Game, we weren’t shocked that Squid Game received a second season renewal. Squid Game has trended in the top 10 lists of 94 countries around the world. Out of the 83, a total of 80 countries have seen Squid Game sit in the coveted number one spot. What could we expect from Squid Game season 2?

The mystery of the identity of the games Frontman lead to a dramatic and tragic reveal for Detective Hwang Joon Ho, who had been searching for his missing brother. Unable to send any of his evidence of the games back to the police, Hwang Joon Ho was confronted by the Frontman who revealed his identity to be that of Hwang In Ho, Joon Ho’s missing brother. Refusing to cooperate with his brother, In-Ho was left with no choice but to shoot Joon Ho, which lead to his little brother falling off the cliff.

In-Ho made the tragic decision to shoot his brother – Copyright. Siren Pictures Inc.

Shaken by his actions, In Ho is haunted by what he did to his brother which could lead to massive repercussions of later games.

As the Frontman of the games, In Ho is strategically placed to sabotage the entire operation if he were to turn against the VIPs.

There’s also a chance that Joon Ho survived his fall as Squid Game follows the TV troupe of characters who are believed to have died off-screen, but aren’t actually dead at all.

Scarred by his time spent in the games, Gi-Hon was on the road to recovery and had finally begun moving on with his life. But to Gi-Hon’s horror, he witnessed the same games salesman who had recruited him, attempt to recruit a new potential games candidate.

He couldn’t confront the game recruiter, but he was able to take the card away from the new candidate. By phoning the number on the card Gi-Hon once again spoke with the Frontman, confirming that he was still being watched by the organization. Refusing to board his plane that would take him to see his daughter, Gi-Hon instead leaves, heavily insinuating that he is out for revenge against those responsible.

Gi-Hon has the money, and the motivation of revenge to get back at those responsible for the games. Technically, Gi-Hon is not the only survivor, as there have been previous winners of the games going back a few decades. If he can find any like-minded victims, together they may be able to pool their money and find a way to infiltrate where the games take place.

The Identity of the VIPs revealed?

So far we’ve only seen the face reveal of one of the game’s VIPs, which almost lead to Joon Ho getting evidence to the mainland.

The games wouldn’t be possible without the backing of the VIPs, which means if they can be taken down then so will the games. Gi-Hun knows of the existence of the VIPs thanks to Il Nam revealing that the games were simply a form of escapism for him and his rich friends. If Gi-Hun can figure out who Il Nam was in business with, then Gi-Hun may be able to target them.

Who are the VIPs? – Copyright. Siren Pictures Inc.

Who are the cast members of Squid Game season 2?

So far there are only three confirmed cast members listed to return for the second season of Squid Game.

Lee Jung Jae, who recently won an Emmy award for his performance in the first season of Squid Game, will return to reprise his role as Seong Gi Hoon. His Emmy win was history-making, as he became the first person from a foreign-language show to win the best actor in a drama.

Lee Byung Hun will return to reprise his role as Hwang In-ho aka the Front Man. He recently starred in the licensed Netflix Original series Our Blues. Will we see a more conflicted Frontman in Squid Game season 2?

Gong Yoo has also been listed to reprise his role as The Salesman, but how large of a role has yet to be officially confirmed. A brilliant actor in his own right, we would certainly love to see more of Gong Yoo in the Squid Game. When could we expect to see Squid Game season 2 on Netflix?

All evidence points to a 2024 release date, thanks to comments made by the creator and director Hwang Dong-hyuk.

Thanks to the comments made by Hwang Dong-hyuk, the wait for Squid Game season 2 is going to be extensive.

As we alluded to above, the director is reluctant to return to Squid Game without help from seasoned directors and a decent writing room. But, he is also reluctant to return to the series so soon after finishing when he has plans to return working feature films such as KO Club (Killing Old Men Club), which he is currently drafting and pitched the premise as an inter-generational war.

What is the production status of Squid Game season 2?

With a planned 2024 release date, Hwang Dong-hyuk will be hard at work writing the script and story for the next season of Squid Game.

There is no word on when filming will begin on the second season of Squid Game, however, it must happen sometime in the near future as lead actor Lee Jung Jae is set to reprise his role In-Nam, from the 2020 horror Deliver Us From Evil in the spin-off series Ray. Production will take place in 2023, but before or after Squid Game season 2 is currently unconfirmed.

Would you like to see a second season of Squid Game on Netflix? Let us know in the comments below!