Coming to Netflix sometime in 2022 is the upcoming fantasy film Slumberland. Starring everyone’s favorite Hawaiian, Jason Momoa, we have an in-depth breakdown of everything we so far about Slumberland on Netflix.

Netflix’s Slumberland is an upcoming high-budget fantasy film directed by Francis Lawrence, known for his work on Constantine, I Am Legend, The Hunger Games films, Red Sparrow, and countless music videos. The film will star Jason Momoa, who worked previously with Lawrence on the Apple+ TV series See. The script is penned by the writing duo of David Guion and Michael Handelman, both of whom worked on Night at the Museum: The Secret Tomb and Dinner for Schmucks.

DiscussingFilm first reported on the project in January 2020.

Director Francis Lawrence on set of The Hunger Games: Mockingjay

The film is produced by Peter Chernin, Jenno Topping, and David Ready through their production company Chernin Entertainment which previously worked with Lawrence on See and Red Sparrow. According to DiscussingFilm, this is the first film by the company after its split with Disney/20 Century Studios.

When will Slumberland be released on Netflix?

The official teaser trailer revealed that Slumberland will be coming to Netflix in November 2022!

The full official release date has also been released, revealing that Slumberland will be available to stream globally on Netflix on Friday, November 18th, 2022.

Netflix later revealed an official clip from Slumberland along with key art:

Who is cast in Slumberland?

In Netflix’s Slumberland, Jason Momoa is set to star as Flip, a nine-foot tall creature that is half-man, half-beast, with shaggy fur, and long curved tusks. The creature will be created by CGI with performance capture by Momoa. Young actress Marlow Barkley (Single Parents) is also set to star as Nemo, the girl who travels to a mystical land in search of her missing father. Primetime Emmy winners Kyle Chandler (Friday Night Lights, Argo) and Chris O’Dowd (State of the Union, Moone Boy) also have been cast in unspecified roles.

Joining the cast in an unspecified role is India de Beaufort (One Day at a Time).

What is the plot of Slumberland? 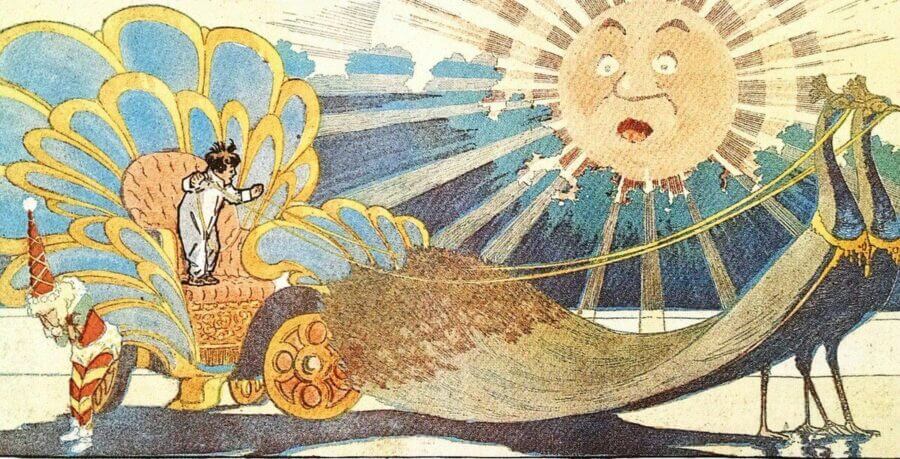 Netflix’s Slumberland will be based on the 1905 comic strip Little Nemo in Slumberland by Winsor McCay. In the original comic, the plot follows a young boy, but the Netflix adaptation will follow a young girl instead with a little change to the original character name, thus Nemo becomes Nema. Here is the official logline of the film:

“A young girl, Nema, with the help of a large half-man/half-monster creature, travels to a mystical land in her dreams in search of her missing Father. 11-year-old Nema lives in a lighthouse with her father, Peter, who has taught her how to sail. Sadly, Peter dies one night during a storm at sea. Nema is sent to live with her estranged uncle Philip, who is dull and nothing like Peter. Nema discovers a world called “Slumberland” in her dreams. She encounters Flip (Momoa), a creature who claims to have been an outlaw with Peter years ago, stealing things from other peoples’ dreams. Nema decides to go on an adventure with Flip when he claims to know a way that she can wish for her father back.”

What’s the production status on Slumberland?

The film started production on February 8, 2021, in Toronto, Canada, and is wrapped by May 18th, 2021. In April 2021 Netflix officially released the first look at Slumberland and revealing that Momoa will not in fact be completely a CGI character and we will be seeing Jason Momoa himself a lot more in the movie.

No, you’re not dreaming—that’s Jason Momoa with a full set of horns.

Here’s a sneak peek behind the scenes at SLUMBERLAND, a new adventure story about an eccentric outlaw (Momoa) who guides a young hero (Marlow Barkley) through a secret dreamworld.

Coming to Netflix in 2022. pic.twitter.com/QZIaQbk7HM

Here are more images from the filming via @Dewucme:

What is the Slumberland run time?

It has already been confirmed that Slumberland has a run time of 117 minutes.

What is the parental rating?

Slumberland has been given a PG rating.

Are you looking forward to the release of Slumberland on Netflix? Let us know in the comments below!

‘The Recruit’ Noah Centineo Netflix Series: Everything We Know So Far