Welcome to your weekly rundown of the biggest stories from Netflix’s top 10 hourly figures drop for the week ending September 18th, 2022.

Netflix updates its top 10 stats page weekly with 40 new hourly figures of the top movies and shows of the past 7 days. If you want to browse the top 10 hourly data easily, visit our tool.

Note: In this report of Netflix’s hours viewed from September 12th to September 18th, 2022, we’ll use “Complete Viewings Equivalent” or CVE, expressed in millions. That means we divide the hours viewed announced by Netflix by the runtime of films or series. It allows for better comparisons between films and series but it’s not an audience metric. It is the minimum number of viewings if they were all complete from the first second to the last of the film or season.

1. Do Revenge makes an OK start?

When you have Camila Mendes and Maya Hawke top-billing a new spin on teen movies with a dark twist, it’s easy to think that it could be a hit on Netflix.

With 13.6M CVE in three days, it is the 28th launch for an English-speaking film released on a Friday. It is a decent/OK start, but I can’t help but feel that it could have done even better numbers since it’s trailing films such as Tall Girl 2. We’ll see how it holds up next week. 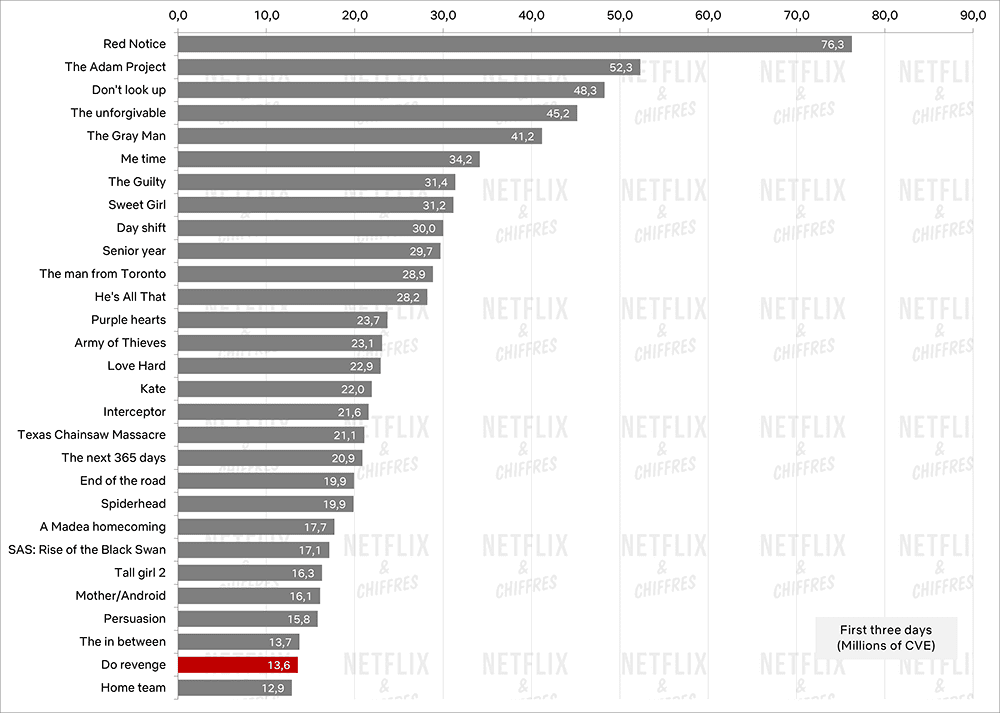 When season 1 of Fate: The Winx Saga was released in 2021, Netflix announced 57 million accounts had started it over its first 4 weeks so I had quite high expectations regarding the launch of season 2.

With only 8.7 million CVE over its first weekend, it ranks on my dataset’s low end of returning series. The pace might pick up next week, though, and my prediction is that it might finish its 28-day run around 25-30 million CVE.

As you can see below, the show had a better debut weekend than Peaky Blinders, but trails behind Virgin River, Lucifer, and Never Have I Ever. 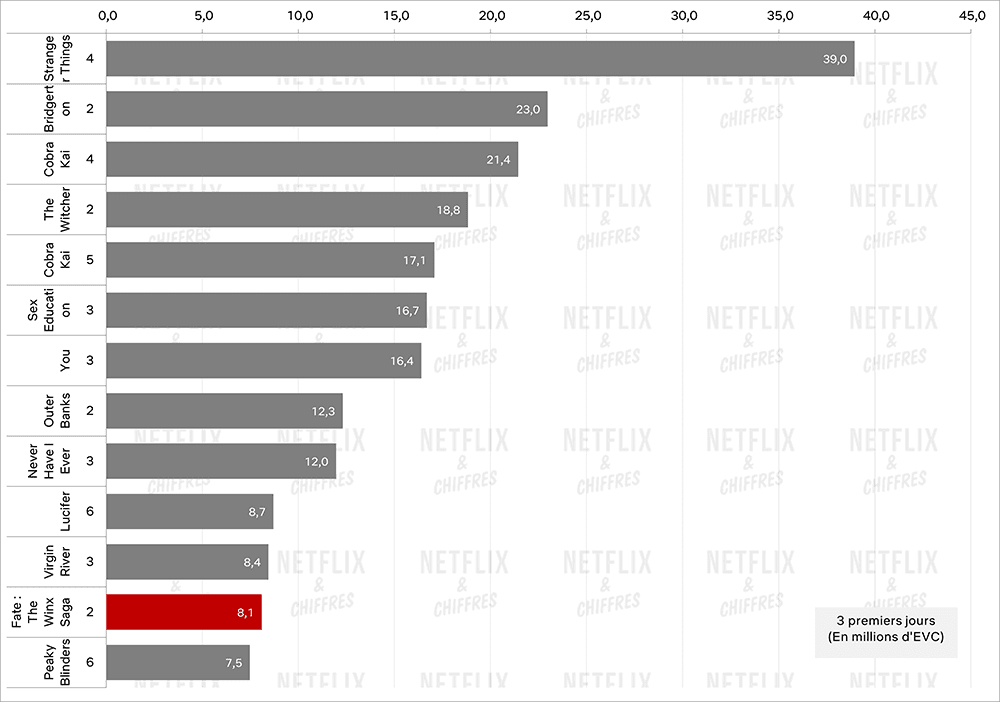 Fate: The Winx Saga S2 vs other Netflix Original Dramas in 2022

The new Japanese animated series has pleased audiences so far with a stellar average on IMDb (8.7/10 on 12K votes), and it is credited to have reignited interest in the videogame it is based on.

With 3.7 million CVE after six days, it starts quite strong compared to other anime series for which we have numbers. It might progress as word-of-mouth does its job, so we’ll know more next week.

As you can see in the chart below, the show is pulling numbers bigger than Shaman King, BASTARD!! and Edens Zero but trails behind Baki Hanma. 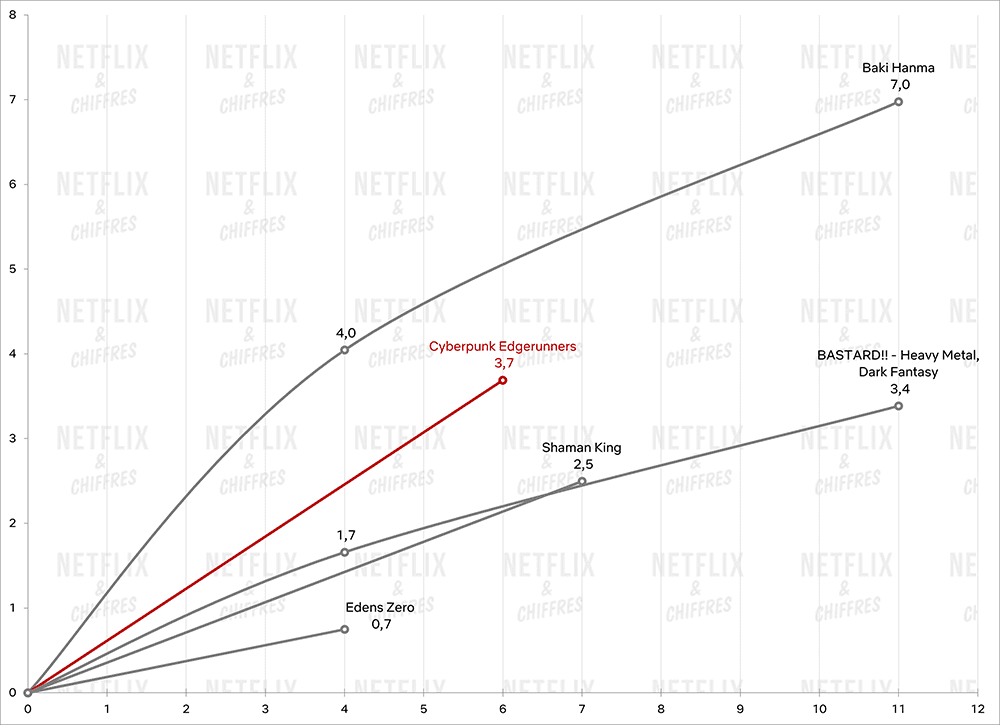 The reboot of the teen series from the 1990s had everything to succeed on paper, but it flopped hard and did not manage to get into the Netflix Top 10 last week.

It might appear next week, but as usual, renewal chances are not good for this English-language series that originates out of Australia.

Season 1 added 4.3 million an additional CVE, so The Crown’s wave is here to stay in the coming weeks as we might see season 3 and season 4 pop up in the charts over the coming weeks. But will interest in the show subside now the state funeral for Queen Elizabeth II has passed? We’ll soon find out.