Netflix Top 10 Report: ‘Cobra Kai’, ‘End of the Road’ and ‘The Imperfect’ Launch Contents
1. End of the Road has a middle-of-the-road start.2. Season 5 of Cobra Kai starts strong in the Top 10s but lags behind season 43. The Imperfects launch on Netflix is far from perfect.4. The Extraordinary Attorney Woo nears the end of its 28-day run. Was it a success?5. The Return of the Queen to the Top 10s

Welcome to your weekly rundown of the biggest stories from Netflix’s top 10 hourly figures drop for the week ending September 11th, 2022. End of the Road, The Imperfects, Cobra Kai, and even The Crown are all in the spotlight this week.

Netflix updates its top 10 stats page weekly with 40 new hourly figures of the top movies and shows of the past 7 days. If you want to browse the top 10 hourly data easily, visit our tool.

Note: In this report of Netflix’s hours viewed from September 5th to September 11th, 2022, we’ll use “Complete Viewings Equivalent” or CVE, expressed in millions. That means we divide the hours viewed announced by Netflix by the runtime of films or series. It allows for better comparisons between films and series but it’s not an audience metric. It is the minimum number of viewings if they were all complete from the first second to the last of the film or season.

If you missed last week’s report, you missed out on stories regarding Devil in Ohio, Partner Track, and The Sandman.

1. End of the Road has a middle-of-the-road start. It was last week’s big release and the thriller starring Queen Latifah did okay with 19.9 million CVE. That’s on par with Spiderhead and the 20th best launch for a Netflix film released on a Friday since June 2021. So okay, but not that great. 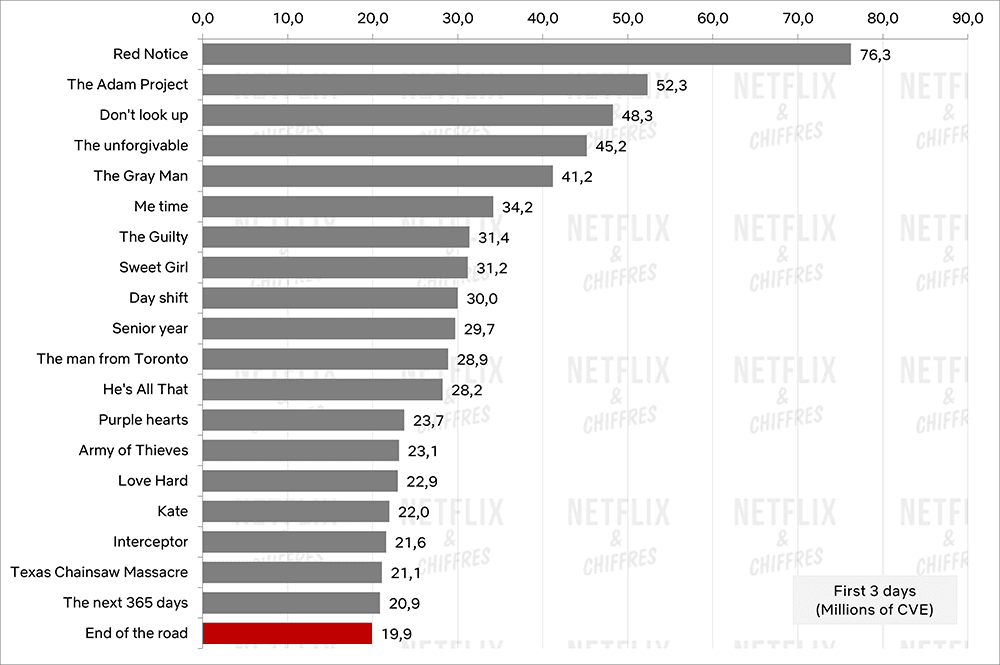 End of the Road compared to other major Netflix movie debuts

2. Season 5 of Cobra Kai starts strong in the Top 10s but lags behind season 4

Only 9 months after the release of season 4, Cobra Kai is already back with its fifth season and its launch of 17.1 million CVE lags a little behind the 21.4 million CVE of Season 4.

But Season 4 was released on the first of January, so that might explain the difference (people have time off around Christmas). We’ll see how Season 5 evolves and eventually catches up with season 4 especially given the show has not been renewed ahead of time this time around. 3. The Imperfects launch on Netflix is far from perfect.

The lack of confidence of Netflix in The Imperfects has been quite palpable over the last few weeks. Very limited marketing efforts, and its release date was only announced one week before its launch means it’s likely it was added to be buried.

The numbers for its first four days back this up and are not good, with only 3.4 million CVE.

That’s a third of what the canceled series Resident Evil did, so unless something miraculous happens, The Imperfects will be canceled. 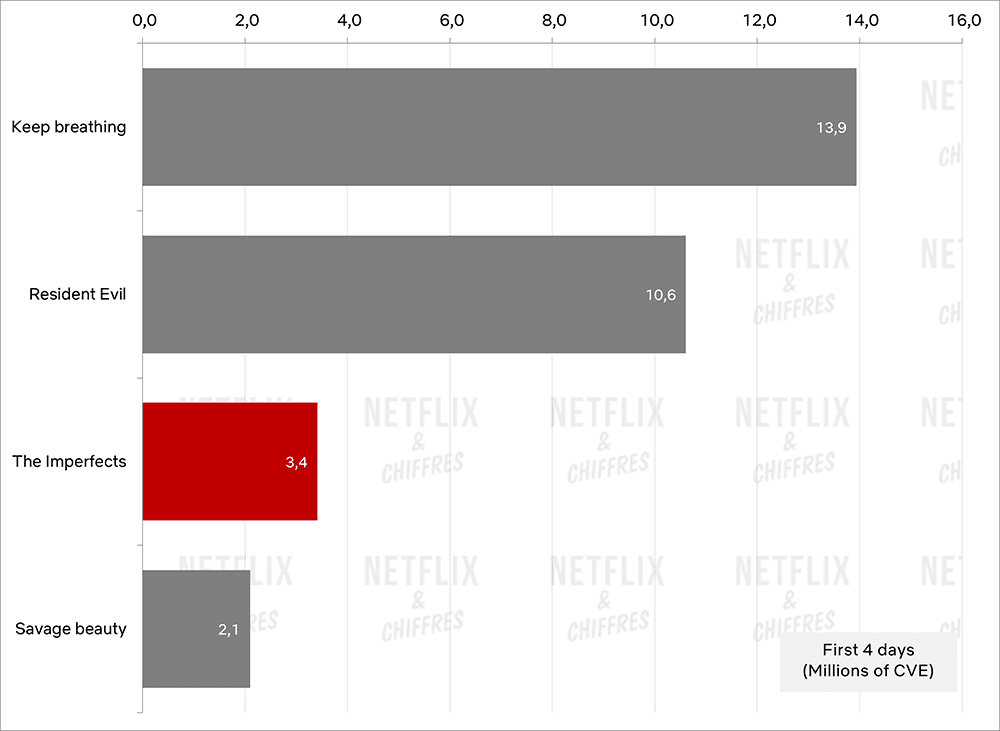 The Imperfects vs Resident Evil, Keep Breathing and Savage Beauty

4. The Extraordinary Attorney Woo nears the end of its 28-day run. Was it a success?

Extraordinay Attorney Woo has been a summer hit apparently and still is now as it is once again the most-watched non-English TV series of the week on Netflix.

But as it nears the end of the first 28-day run for each of its episodes, we can have a clearer picture of how it did when we take into account the fact that it was a weekly release and that the season was very long with 16 episodes of 70 minutes.

With more than 400 millions hours viewed so far per Netflix’s methodology, it currently sits at the 6th place in the all-time top 10. But if we use the CVE metric, it would miss the Top 10 with only 21.5 million CVE, roughly a tenth of what Squid Game did. It’s still good by any metric, but the series’ reach might be (way) less than what the rough numbers show. 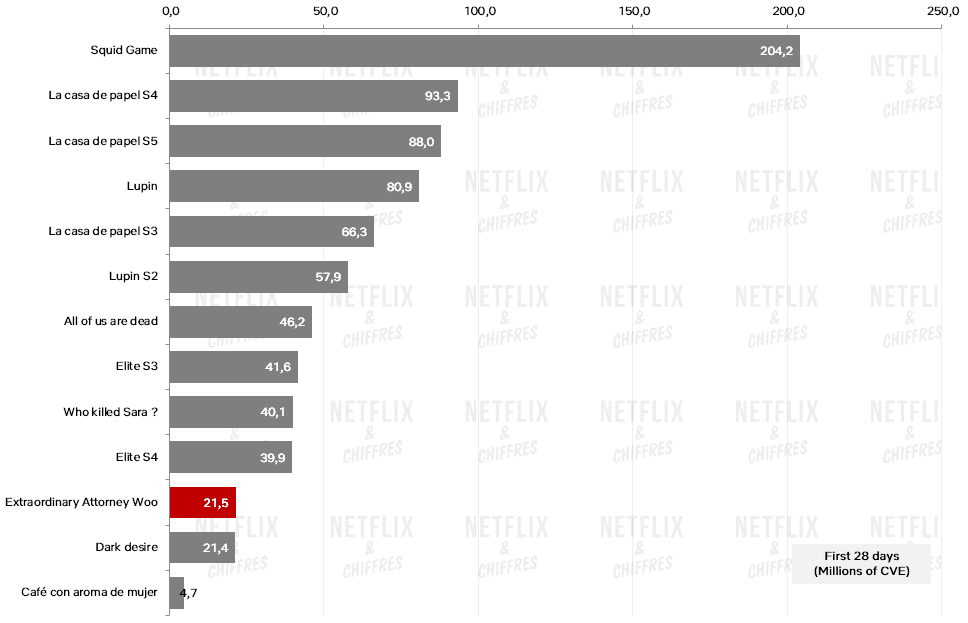 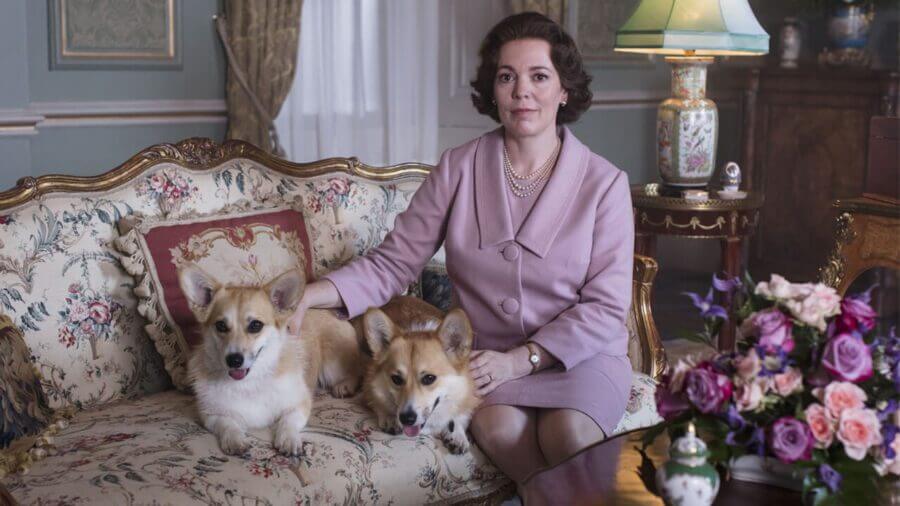 Following the death of Queen Elizabeth II last week, The Crown is back in the Top 10 last week with 1.7 million CVE.

All over the world, people are watching or rewatching the series to try and get a sense of who Queen Elizabeth II was and what she did during her reign. The show seasons may stay in the top 10s over the next weeks as more people tune into the upcoming funeral and eventual coronation of King Charles III. That’s worked out perfectly for season 5 of The Crown set to debut in November.

‘The Stranger’: Coming to Netflix in October 2022 and What We Know So Far