Netflix is very keen on expanding its library of uplifting content and one of the upcoming movies will be exactly that. The music-oriented film I Used to Be Famous, coming to Netflix in September 2022, will tell the story of a former pop star who dreams of making a comeback and befriends an autistic young drummer.

Netflix’s I Used To Be Famous is based on a 2015 short film of the same name, which was written and directed by Eddie Sternberg. Now he will make his feature debut with this film. The script is also written by Sternberg and he will be joined by Zak Klein (Contractor 014352, The Elevator Pitch).

ScreenDaily first announced Netflix had been picked up on October 28th. Fiona Lamptey reportedly commissioned the movie for Netflix who has previously commissioned The Wonder and I Came By.

Ever since Dad took me to the cinema 2 see Spartacus when I was 4 (intense I know), I wanted to make feature films. Delighted to announce the dreams of 4 year old
me. A huge thank you to @NetflixUK Fiona Lamptey and everyone who has been on this journey with us @collie_mccarthy https://t.co/eEp9Uq5ri2

The pic has been produced by Forty Foot Pictures (Earthy Encounters, Coil, Joseph’s Reel) along with Fiona Lamptey from Netflix UK. Here’s everything else we know about Netflix’s I Used to Be Famous:

What’s the plot of I Used to Be Famous?

Netflix’s I Used To Be Famous follows Vince, a desperate former pop-star who dreams of making a comeback. An impromptu jam session with autistic young drummer Stevie sparks an unexpected friendship between the two misunderstood musicians.

You can find the original short film for purchase on ShortsTV which is a streaming service as an Amazon Prime Channel. A short trailer for the 15-minute short film can be found online.

What’s the Netflix release date for I Used to Be Famous?

With the release of the trailer in August 2022, we can confirm that I Used to Be Famous will be available to stream on Friday, September 16th, 2022.

Who is cast in I Used to Be Famous? 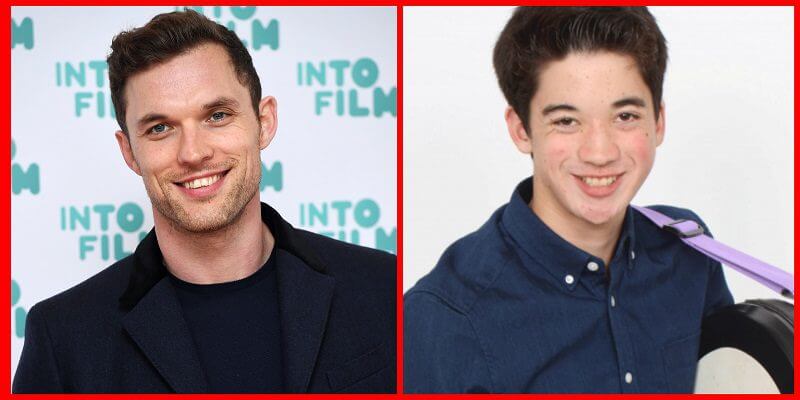 In Netflix’s I Used to Be Famous, Ed Skrein and musician Leo Long will portray Vince and Stevie respectively. Skrein is known for such of his projects as Deadpool, Game of Thrones, Alita: Battle Angel and more. Being a neurodiverse folk musician, Leo Long has experienced and succeeded in overcoming many challenges in music and now will be acting as well.

What’s the production status of I Used to Be Famous?

Filming for Netflix’s I Used to Be Famous started on October 28th, 2021 according to Televisual. , and came to an end by December 6th, 2022.

The budget for the movie is under $10 million, making it one of the cheaper projects Netflix has worked on recently.

Are you looking forward to the release of I Used to Be Famous on Netflix? Let us know in the comments below!

‘Queen Charlotte: A Bridgerton Story’: Everything We Know So Far