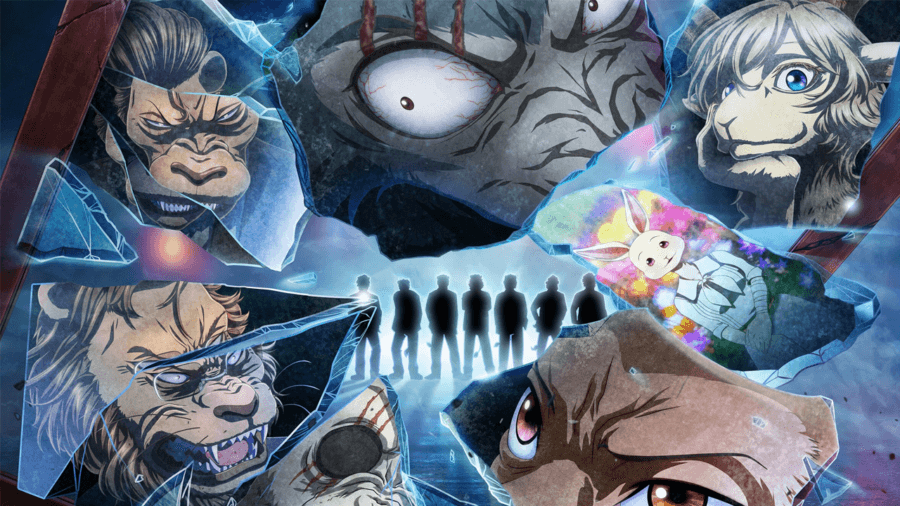 Fans have been waiting patiently since July 2022 for a brand new season of Beastars, and fans will have to remain patient as we learned that the third, and final season of Beastars is coming to Netflix in 2024.

Beastars is an internationally licensed Netflix Original Japanese anime series based on the manga of the same name by author Paru Itagaki.

While one of the most controversial animes in recent memory, Beastars is also one of the most popular. The series has a fiercely loyal fan base who can’t wait for the show’s return.

What to expect from the third season of Beastars?

As the final season of Beastars, the remainder of the source material will be covered in the anime, this includes the following arcs;

The third season of Beastars will explore the Interspecies Relations Arc, which takes place in the aftermath of Legoshi’s fight with Riz, and covers chapters 100 to 123 of the manga.

Episode 24 of the anime skipped some of the manga in between the moments after Riz’s defeat and Legoshi’s talk with Haru. So the start of the third season may begin with the aftermath of Legoshi’s fights, however, those moments may arrive through flashbacks instead.

Legoshi will learn the hard way about his place as a carnivore in society when he decides to leave school and live independently by himself. 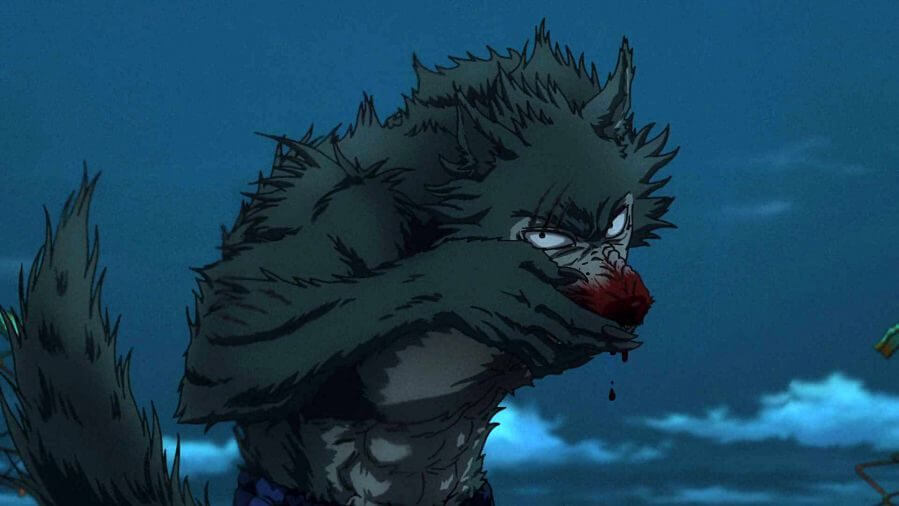 Legoshi after consuming some of Louis’ flesh before his fight with Riz. – Copyright. Studio Orange

Louis, in the recovery process from losing his foot, will have his future set out for him by his father, which includes what university he will be attending.  This means Louis will definitely not be returning to lead The Shishigumi. 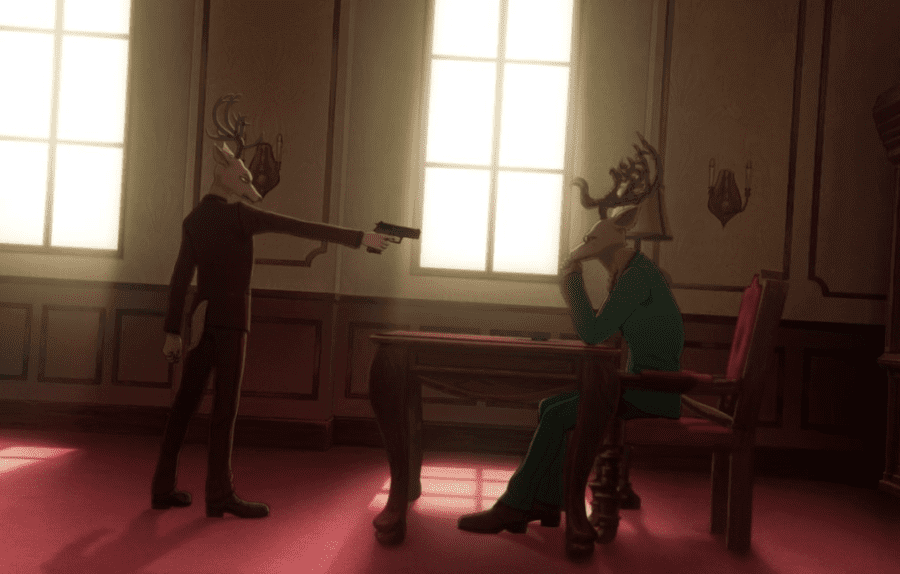 Louis has a tense relationship with his father – Copyright. Studio Orange

Meanwhile, Haru will continue her confusing time of navigating her relationship/friendship with Legoshi, who continues to fear taking the next step with the rabbit out of concern his predatory instincts will lead him to kill her. 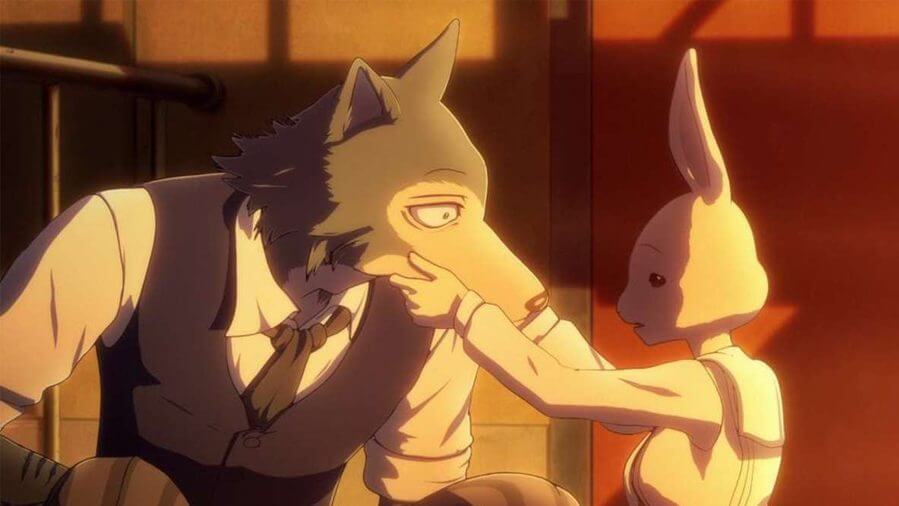 Legoshi will also be under the watch of the sublime Beastar Yahya, who takes an interest in the grey wolf after learning of the circumstances surrounding Legoshi’s fight with Riz.

Post-Interspecies-Relations arc, the anime will enter the Revenge of the Love Failure arc which will see Legoshi confront the hybrid crime-lord Melon, after Yahya enlists Legoshi’s help to catch him

How many manga chapters will season 3 cover?

So far, roughly 100 chapters of the manga’s total 196 have been covered by the anime series. Which leaves 96 chapters to go.

The Interspecies Relations Arc covers manga chapters 100 to 123, so at the very least we expect the first half of season 3 to cover the entire arc. The remaining episodes should cover the final arc of Beastars’ “Revenge of the Love Failure.” 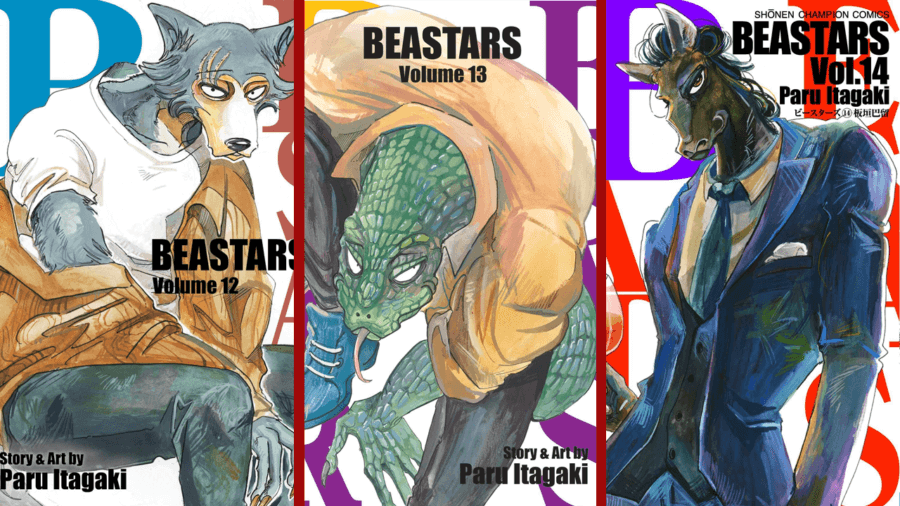 Volumes 12-14 of the Beastars manga will be covered in the third season. – Copyright. Shonen Champion Comics

How many episodes will Season 3 have?

The previous two seasons of Beastars have each had twelve episodes. However, as the anime needs to cover the remaining source material, we expect there to be roughly 24 episodes.

We also expect the third season to split into two parts, with part one arriving with 12 episodes and will cover the events of the Interspecies Relations Arc. We then expect part 2 to arrive at a later date and will arrive with a further 12 episodes and cover the final arc of the story, Revenge of the Love Failure.

Would you like to see a third season of Beastars on Netflix? Let us know in the comments below!