Lindsay Lohan is coming back to Netflix for another feature film in 2023 with Irish Wish. Here’s our updated preview on everything known so far about Netflix’s rom-com Irish Wish.

Irish Wish has been rumored for quite some time, with reports of production ramp-up throughout August 2022. What’s on Netflix was among the first outlets to get wind of the upcoming project. Netflix themselves officially announced the news on September 1st, 2022.

This is the second landmark Lindsay Lohan movie coming exclusively to Netflix. The first is Falling for Christmas, which will land on Netflix in November 2022. It comes as a two-picture deal that was announced in March 2022. 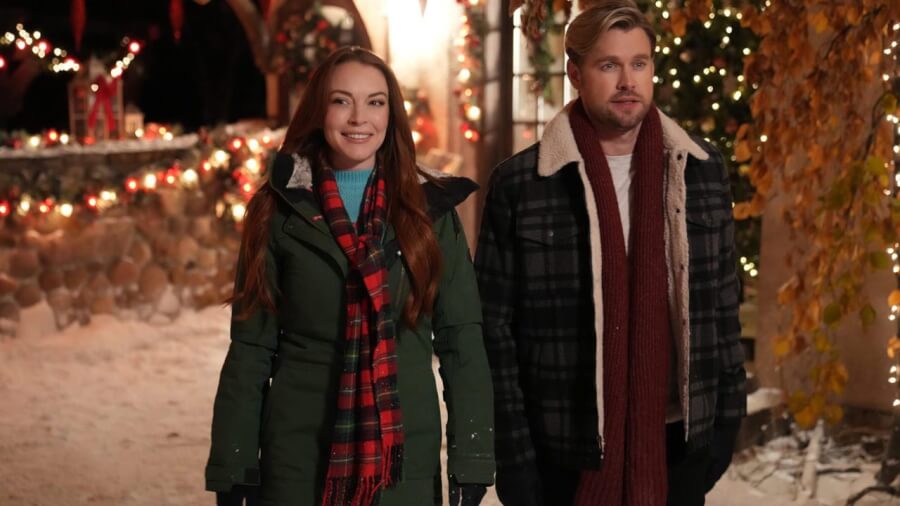 The movie is produced by Motion Picture Corporation of America, Wild Atlantic Pictures, and Riviera Films.

Janeen Damian is the director behind the project and worked on the upcoming Falling for Christmas coming to Netflix. Beyond that, Damian directed High Strung Free Dance. The movie is written by Kirsten Hansen.

What’s the plot of Irish Wish?

Irish Wish follows Maddie. When her love gets engaged to her best friend, she puts her feelings aside to be a bridesmaid at their wedding in Ireland. Days before the pair are set to marry, Maddie makes a spontaneous wish for true love, only to wake up as the bride-to-be. With her dream seeming to come true, Maddie soon realizes that her real soulmate is someone else entirely.

Who is cast in Irish Wish? Lindsay Lohan is the main draw for the movie and, as outlined above, is one of two movies the actress is doing for Netflix. Lohan is playing Maddie in the movie.

On September 14th, Netflix announced the remainder of the headline cast, including:

Character names were not announced but expected at a later date.

Rodrigo Ternevoy is also listed to be involved with the Netflix movie.

Set to begin filming in September 2022, the new romantic comedy will be set in “modern-day Ireland”.

Filming locations for the second Netflix movie in Ireland, according to Mayonews.ie, includes Westport, Knock Airport, Lough Tay in the Wicklow mountains, Killruddery House and Gardens, Bray Head, and the Cliffs of Moher.

Filming is taking place between September 5th and October 14th, 2022.

Michael Damian on Twitter is a fantastic resource for updates on the upcoming movie and has been providing regular filming updates.

Good morning friends! We’re having a fantastic shoot here in Ireland on #IrishWish ☘️🎥💕! Hope you’re having a great week as well! 💝

Netflix didn’t reveal the release date for Irish Wish, although all early reports state that the movie is expected to be among the 2023 Netflix movie lineup.

Are you looking forward to watching Irish Wish on Netflix? Let us know in the comments down below.

Business Acumen Interview Questions: What They Are & How to Answer Them