Every Netflix Movie and TV Recommendation from Stephen King 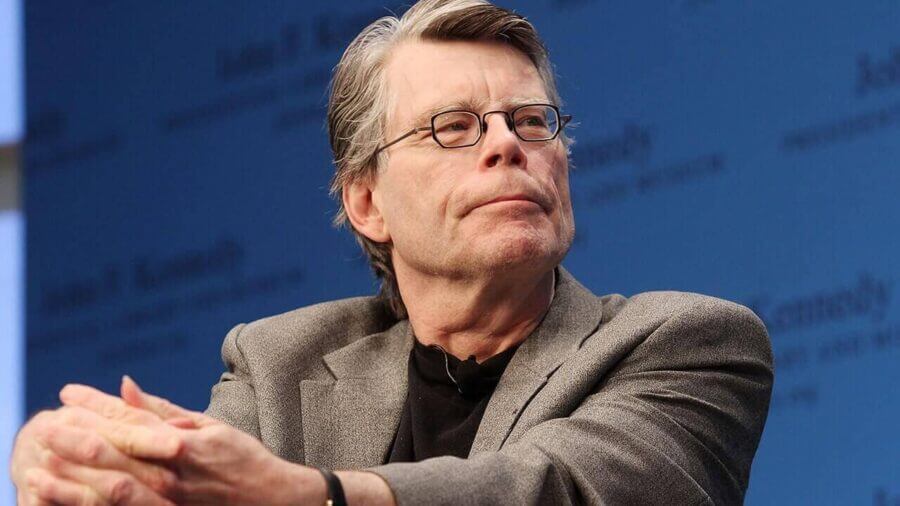 Stephen King is a prolific author and has created some of the best and most widely known characters, particularly in horror, in movie history. He’s worked with Netflix on numerous projects but as an avid Twitter user, he’s also made countless recommendations for Netflix’s TV and movie over the years. Here’s a look back at all his Netflix recommendations.

In no particular order, here are all Stephen King’s recommendations for Netflix shows and movies from his Twitter account.

This list doesn’t cover some of Stephen King’s work on Netflix, but it gives you an insight into other titles from the author that you’ll probably like if you enjoy his work.

This British thriller touched down on Netflix without much fanfare but has steadily been building up great reviews in the background, including from the king of thrillers himself.

Want a tight little thriller that will remind you of Ruth Rendell and Patricia Highsmith? Try I CAME BY (Netflix). It does the job.

One of the shows that have flew under the radar on Netflix in 2022 has been Kleo, a German series that’s set after the fall of the Berlin wall and sees a former spy killer set free to embark revenge.

KLEO (Netflix): What a breath of fresh air! Suspenseful and also very funny. I wonder, though, where Kleo’s money came from. Flying off to Mallorca mustn’t have been cheap, even in 1989. Oh well–just enjoy.

In the late 2010s, Netflix was on a tear picking up the international rights to Nordic crime thrillers, and Borderliner was one that no doubt slipped many people’s radar. Four years following its release on Netflix, King gave it a recommendation.

If you enjoy hardcore noir, you might like BORDERLINER, on Netflix. Norwegian, with subtitles. It will get its claws into you.

Mike Flanagan’s Midnight Mass is one of our favorite limited series of all time to hit Netflix, and thankfully, Stephen King agrees.

MIDNIGHT MASS, on Netflix: Mike Flanagan has created a dense, beautifully photographed terror tale that climbs to a high pitch of horror by the 7th and last episode. I believe it starts in 10 days.

The Queen’s Gambit, Godless, and The Trial of the Chicago Seven

I’ve watched a lot of TV during this cursed year–I know I’m not alone–and the best of the best is THE QUEEN’S GAMBIT, on Netflix. Utterly thrilling. I thought nothing would beat THE TRIAL OF THE CHICAGO SEVEN, but this does.

Seen THE QUEEN’S GAMBIT? Another Scott Frank, limited series, GODLESS, is just as good (Netflix). And as a bonus, who did I spy but Kim Coates, my old SOA buddy.

One of the underrated horror series to hit Netflix for Halloween 2020 is To The Lake, which originates from Russia.

TO THE LAKE, a pretty darn good Russian series on Netflix. Four things to know:
1. There’s a plague.
2. There’s lots of snow and cold (Russia, stupid).
3. Everybody drinks vodka.
4. Weak-ass spoiler alert: the little kid is a pain in the ass.

The German series that ran for 3 seasons is probably the best non-English series on Netflix period and, as such, received a big two thumbs up from Mr. King.

DARK (Netflix) is dark and complex…and…well…very German. Terrific show. If you get confused, go to MetaWitches and check out Metacrone’s recaps. Detailed and helpful.

Reckoning is one of the licensed pickups that went largely missed earlier in 2020. The series hails from Australia and ran for a single limited series.

RECKONING (Netflix): A pretty good 10-episode limited series. Fine mystery plot generates bursts of maximum suspense. As a bonus, it’s a master class in how not to parent.

On June 16th, Stephen King praised the Spike Lee Netflix Original movie that saw 4 Vietnam veterans return to the country. The movie is one of the highest-rated movies of 2020 and has even been pegged to win an Oscar.

DA 5 BLOODS: “We ain’t home, son. We ain’t home.”
This film is fabulous, for all sorts of reasons. Right movie, right time.

Harlan Coben’s works have now been adapted twice on Netflix and the second series, The Stranger, received royal assent from Stephen King several months after launching.

The British BBC-Netflix co-production of Dracula caught Stephen King’s eye back in January a few days after it released on Netflix.

The limited series scored mixed reviews with most people critiquing how the series progressed but Stephen King is a fan.

The BBC incarnation of DRACULA (Netflix) is smart, involving, and bloody terrific. Which is to say it’s terrific and VERY bloody.

The studio behind the likes of Sharnado and Z Nation released their first Netflix project in early 2019 and Stephen King was quick to give it praise. In fact, many who traditionally don’t like zombie shows seemed to enjoy Black Summer, which is all the more reason why it’s mystifying why there’s no second season announcement.

BLACK SUMMER (Netflix): Just when you think there’s no more scare left in zombies, THIS comes along. Existential hell in the suburbs, stripped to the bone.

A Netflix pickup from ABC Australia which sees Australians and Americans working together at a top-secret military base.

PINE GAP (Netflix) is a good one. No explosions, no fights (a little pushing around in the final episode–there are 6), lots of geek-speak. It ramps up the tension, though, and the whodunit aspect is beautifully handled. Hoping for Season 2.

This movie left audiences stunned and has one of the best movie posters of 2018 by a country mile. Stephen King took to Twitter to specifically highlight the performance of Madelin Brewer who plays Alice. The movie will leave you with plenty of questions to be sure to get answered in our ending explained article.

You likely missed this French crime drama released on Netflix over Christmas 2017. The series featured some brutal scenes and as Stephen admits, he’s never seen one death on screen like the ones in here. The French drama ran for six episodes and doesn’t look to be coming back for a second season.

I’m enjoying LA MANTE (Netflix). It is surveying previously unexplored realms of gruesomeness. I don’t believe I’ve ever seen a man slowly drowning in an industrial washer before. Not even in a Rob Zombie picture.

As a personal highlight of mine, I’m thrilled Stephen also picked out Money Heist as a highlight. It’s a thriller for sure but it does not quite carry the same horror tropes some of the others on this list do.

MONEY HEIST, on Netflix: If you like heist capers, you’re going to love this. It’s a firecracker. In Spanish, with English subtitles, or dubbed.

Following the release of Part 4 of Money Heist, King provided another recommendation for the show:

MONEY HEIST Part 4, Episode 1 (Netflix): More excitement and pure daffy fun than in the whole season of most shows. What kick this one is.

Calibre is one of the hits from the summer of 2018 which rarely gets spoken about. Netflix exclusively acquired the British-made thriller that sees two friends venture to Scotland for a weekend of hunting. The movie sees plenty of twists and turns but is one of the tensest movies you’ll watch all year.

The movie also went on to get a limited cinema release in the UK.

CALIBRE, on Netflix: This one is a genuine nail-biter. It’s got a Hitchcock vibe with a little bit of THE WICKER MAN tossed in for good measure.

Set in the 1970s, this extraordinary series which is among Netflix’s very best, sees two FBI agents interviewing serial killers. It exposes the flaws with systems even three decades ago and features some fantastic acting. Stephen picks out the first episode as being a particular highlight.

MINDHUNTER, on Netflix: Strongly recommended. Other than a jaw-dropping moment in the first episode, very little gore.

Another foreign Netflix Original movie pick next with the Belgian movie Hotel Beau Séjour. Once again, this movie may have flown under most radars when it released back in early 2017 but it’s absolutely worth your time. Stephen calls the movie “strangely touching.”

HOTEL BEAU SEJOUR, on Netflix: Eccentric, brilliant, and strangely touching. Supernatural fare for those who don’t ordinarily like it.

This series from Israel continues to be the best title in the country. Now two seasons in, it’s action-packed and easily accessible despite its Hebrew main language barrier.

FAUDA, on Netflix. Cool Israeli thriller. With episodes only a little longer than your average sitcom, it’s all killer and no filler.

Which Stephen King Netflix pick is your favorite? Let us know in the comments down below.