Enola Holmes is heading back to Netflix in November 2022 for a sequel, with Millie Bobby Brown and Henry Cavill returning to their respective roles. Here’s everything we know so far about Enola Holmes 2.

Directed by Harry Bradbeer the first film was released on Netflix back in September 2020 after originally being expected to head to cinemas. Thanks to the pandemic, Warner Brothers sold the rights to the film over to Netflix and the rest is history.

Enola Holmes currently ranks as the seventh most-watched English language movie on Netflix with a reported 76 million households watching in the first 28 days of release. The movie also rocketed up to the top of the top 10 charts with it surviving 20 days in the US top 10s but did rank well around the world. Rumblings of a sequel after the first movie came throughout early 2021 with us reporting that numerous sources had pegged the movie to be returning.

Brown had also expressed her intentions for the movie to come back saying:

“Let’s see how people respond to the first one. Let’s see if they fall in love with Enola as much as I have fallen in love, but there’s definitely much more of a story to be told.”

The official announcement for the sequel of Enola Holmes came in May 2021.

“The sequel is afoot! 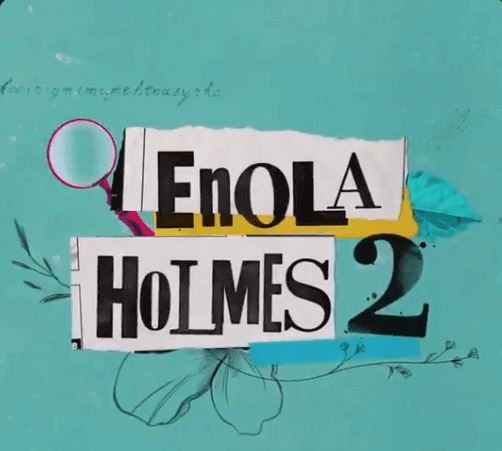 As you may know, the movie was wrapped in legal trouble with the estate of Arthur Conan Doyle but was eventually dismissed back in December 2020. When is the Enola Holmes 2 Netflix release date?

Netflix confirmed on their social media platforms that Enola Holmes 2 will arrive on Friday, November 4th, 2022.

At the Netflix TUDUM event, we finally got our first look at the official trailer for Enola Holmes 2.

Who will be in the cast for Enola Holmes 2?

Only a couple of cast members have been confirmed thus far with those being the two leads of the next movie.

In the initial sequel announcement, only Millie Bobby Brown and Henry Cavill were confirmed to be returning to their roles as Enola and Sherlock respectively.

A second announcement was made during Netflix’s TUDUM event confirming that Louis Partridge would return for the sequel. 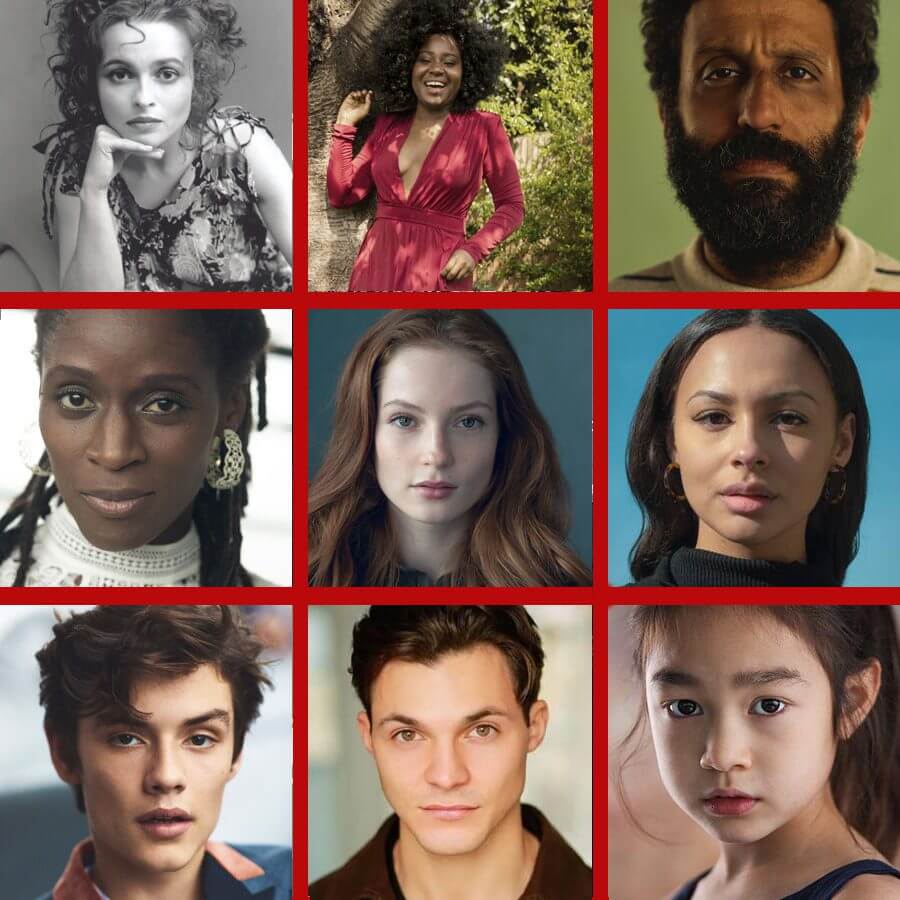 Louis Partridge who played Enola’s sidekick Tewkesbury is widely expected to return (thanks to a cryptic wink on Millie Bobby Brown’s Instagram post for the announcement) but has yet to be confirmed. 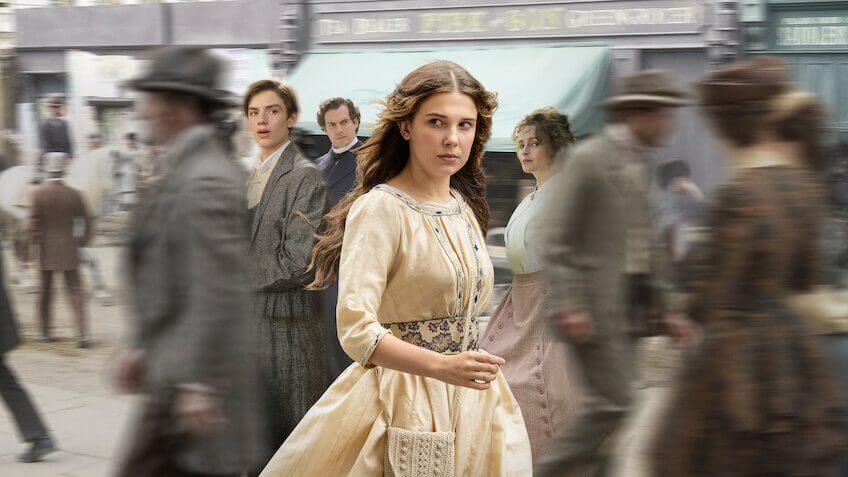 Who’s behind the Enola Holmes sequel?

The team behind the movie will be largely the same as the first movie.

Harry Bradbeer who directed the multi-award-winning Fleabag (which also broke the fourth wall constantly as Enola Holmes does) will return to the director’s chair for the sequel. Bradbeer is also currently working with Amazon under a first-look deal. 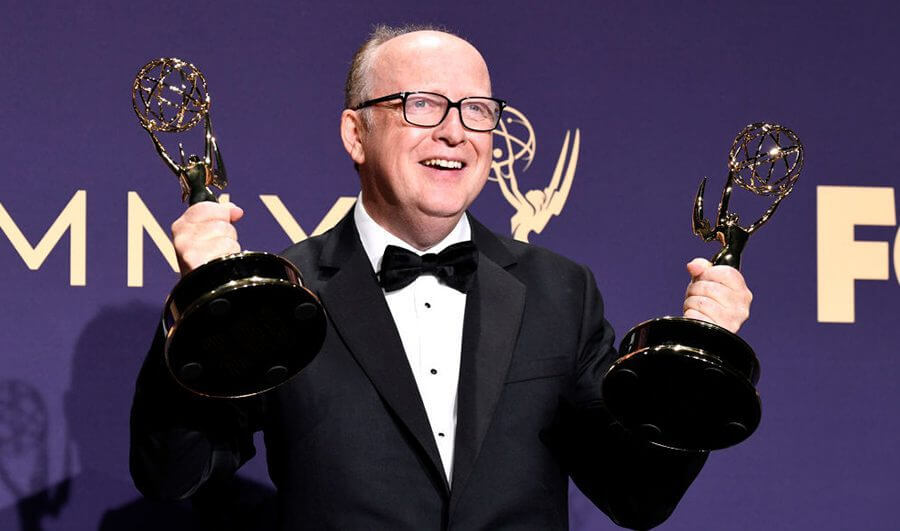 Likewise, Jack Thorne returns to adapt the sequel’s script from the Nancy Springer novels. Thorne is also listed as an executive producer for the sequel. Where is Enola Holmes 2 in production? 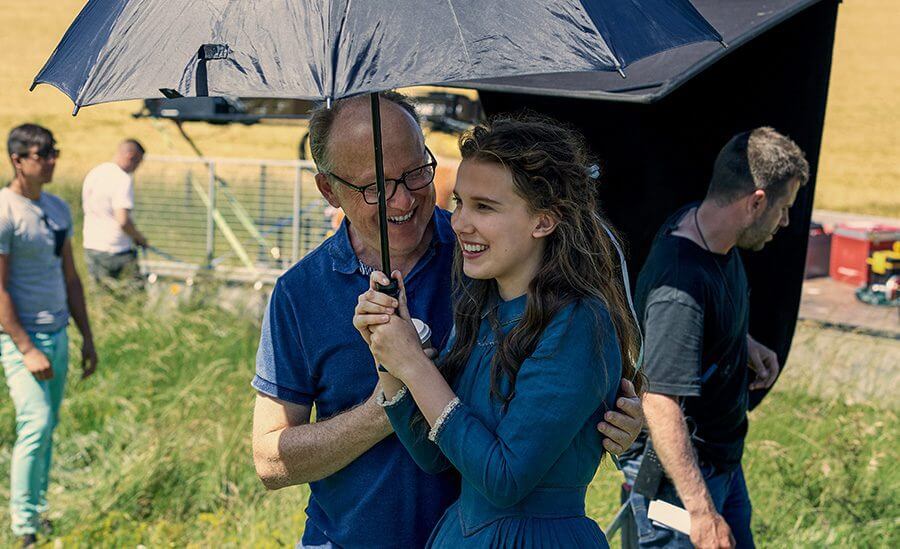 ENOLA HOLMES. BEHIND THE SCENES with DIRECTOR HARRY BRADBEER – BAILEY/LEGENDARY ©2020

Reporting from The Knowledge and the Hull Live revealed that filming on the sequel was scheduled to occur outside of a production facility on Hull’s high street in the first week of October 2021.

The Knowledge stated that “Enola Holmes 2 is using a major south-east studio as its production base” which is expected to be Shepperton Studios, UK. Hull Live reports that the high street in Hull, UK will be “transformed into Victorian London” on October 5th and 6th. They also report that locals may get the chance to appear too saying “The production company has also said that they are recruiting for extras to appear as passers-by dressed in Victorian dress to appear in the film, and will be putting up ads for recruitment soon.”

Filming for the sequel is also reportedly taking place in London just like the first movie again. On November 28th, 2021 Henry Cavill posted on Instagram that he had concluded filming his parts in the upcoming sequel.

Henry Cavill has confirmed his portion of filming on #EnolaHolmes2 has concluded.

On January 7th, 2022 Netflix themselves confirmed that the sequel had wrapped in its entirety and posted a small clip to celebrate the finishing of filming.

What to expect from Enola Holmes 2?

The first movie capped off with the Holmes family reuniting (somewhat) and Enola looking into the camera stating that she needs to find her own path moving forwards.

Speaking to Decider, Bradbeer said there is lots to expect from family tensions too saying “If we do go again, there’s a lot of issues left in this dysfunctional family. Not only in the country, which is dysfunctional but the family as well.”

As to what mystery will be in the sequel is not yet known. There are lots of stories in the book series to adapt. Using the logical order, we could expect the next movie to cover The Case of the Left-Handed Lady which saw Enola trying to find Lady Cecily Allistair.

We’d love, however, for them to adapt The Case of the Left-Handed Lady which sees Enola looking for Sherlock’s companion, Dr. John Watson.

We’ll keep this updated over time with all the new Enola Holmes 2 news but let us know in the comments if you’re excited about the sequel.