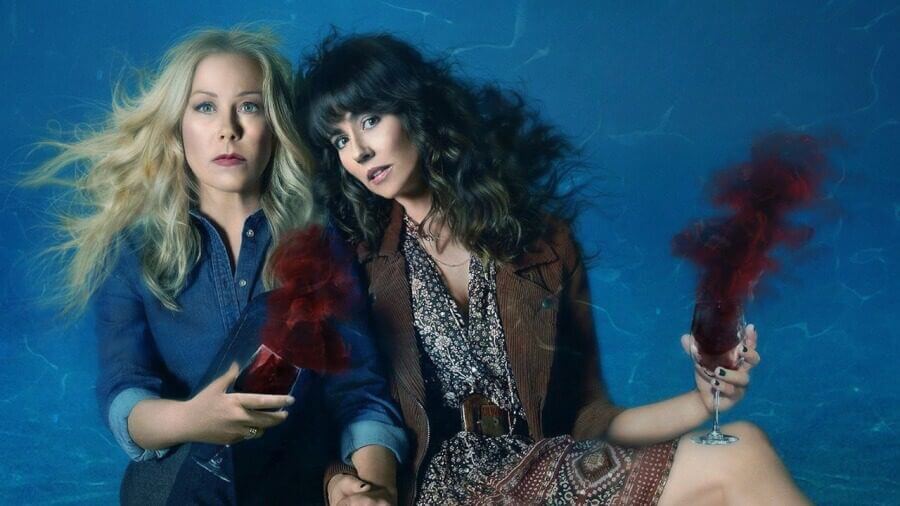 Dead to Me season 3, set to be the final season of the hit Netflix show, is coming to Netflix in November 2022. Here’s an updated guide to what we know so far about Dead to Me season 3, including what to expect from the story, who’s appearing, where the show is in production, and our prediction as to when it’ll be streaming.

Please note: this preview was first published in May 2020 and has been updated regularly to reflect new developments. It was last updated in June 2022.

For those out of the loop, Dead to Me is a Netflix Original black-comedy series created by Liz Feldman (who signed an overall deal with Netflix off the back of season 2 of Dead to Me). The series has fast become one of the most-watched comedy series on Netflix, having amassed an audience of over 30 million worldwide for the first season. Dead to Me has also been a big pull for awards seasons too with previous seasons picking up 5 Primetime Emmys.

The soul of the series belongs to the chemistry between Christina Applegate and Linda Cardellini. On-screen together they have been electric, making for some truly hilarious comedy, and heart-wrenching drama.

Has Netflix renewed Dead to Me for the third season?

Just two months after Dead to Me season 2 premiered, Netflix announced that the series would return for a third and final outing at Netflix.

There should be no surprise that Dead to Me has been renewed again, the series featured heavily in the most popular tv series lists on Netflix. In particular, it sat at the top of the US charts on release.

On the renewal, Christina Applegate took to social media to share her thoughts on the final season announcement saying “I will miss these ladies. But we felt this was the best way to tie up the story of these women. Thank you to all the fans. We will be getting back to work when it is safe to do so.” 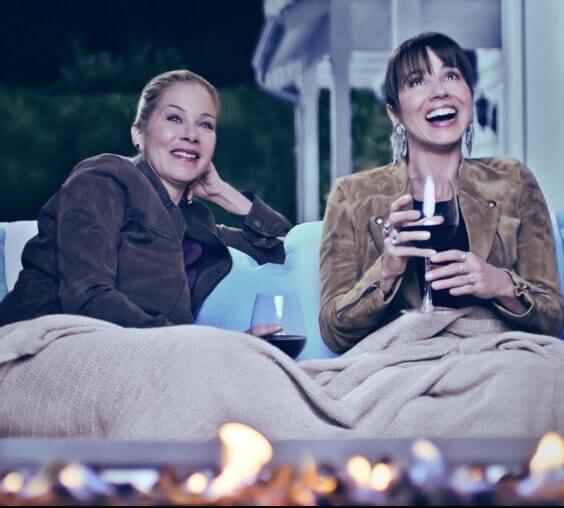 Dead to Me – Picture: Netflix

Fans thinking the show faced the dreaded Netflix cancelation curse should know the show was always intended to be wrapped up early and not go on for seasons and seasons. Liz Feldman in an interview said she always envisioned that it wouldn’t be “a long long-running show”.

In an interview with The Hollywood Reporter, Feldman expanded, saying:

“I always had the sense that I wanted this show to be a relatively short-running one. I understand the landscape at Netflix. It’s very rare for them to have a show that goes five, six or seven seasons. It can happen, but it’s obviously the exception. Halfway through shooting season two, an idea came to me that felt very true to the show — and I realized that it could be a really great way to end it.”

The good news is that Liz Feldman will stick with Netflix once Dead to Me has concluded. She signed an overall deal, meaning any new projects the creator has will come to Netflix. No other new projects have yet to be announced, however.

When will Dead to Me season 3 be released on Netflix?

The third and final season of Dead to Me will be released on Netflix on Thursday, November 17th, 2022.

Dead to Me season 3 production timeline

Writing commenced soon after its renewal and it then took several months until the scripts were handed to Netflix for approval.

On September 18th, 2020 Liz Feldman took to Twitter to share that she pitched the third season “to my partners” and it had been approved.

In October 2020, we learned that CBS Studios was eyeing to begin filming season 3 in January 2021. It had been stated in previous interviews that production wouldn’t start until December 2020 at the earliest.

In January 2021, it was reported by ProductionWeekly that filming was scheduled to start later that month. But once again, thanks to the uncertainty of the global pandemic, the dates were pushed back further.

Filming did get underway on May 10th, 2021, and was expected to conclude on August 2nd, 2021. Lead actress Christina Applegate shared a picture of one of the Dead to Me chairs onset to all but confirm that filming was underway. It was originally expected that production would wrap by September 2021. 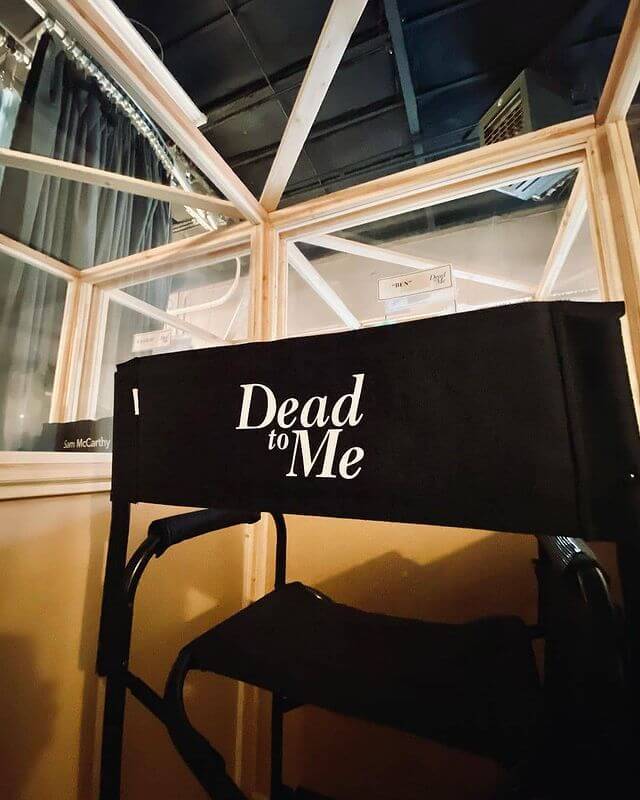 However, in August 2021, Christina Applegate revealed that she had been diagnosed with multiple sclerosis several months prior. According to multiple sources, production “paused temporarily” around that time and since then, we hadn’t heard of any news regarding the show picking back up.

Deadline reported in December 2021 that filming had picked back up during 2021 but had been canceled again given several cases of COVID-19. According to Deadline, there were still three weeks of shooting remaining by the close of 2021, which took place in early 2022.

On February 11th, 2022, Diana Maria Riva posted on Instagram to say that filming had concluded for season 3 (at least when it comes to her involvement). That suggested to us that production was coming to a close.

“And that, Ladies & Gentlemen, is a series final wrap for Det. Perez. So grateful to have been a part of this… So excited for you all to see this story play out. Big love to my #DTM family!!!”

Liz Feldman confirmed on Instagram on April 26th, 2022 that filming had concluded on the final season. She posted a picture of a chair with the Dead to Me logo on it from Laguna Beach, California alongside the caption (edited for brevity):

“That’s a wrap on Dead to Me S3! Filming is complete. Editing is underway. The final season is coming. And holy shit… Christina Apple Gate Linda Cardellini, James Marsden, Sam McCarthy, Luke Roessler, Diana Maria Riva, Brandon Scott, Suzy Nakamura all knock it out of the park. So excited for you to see it.” 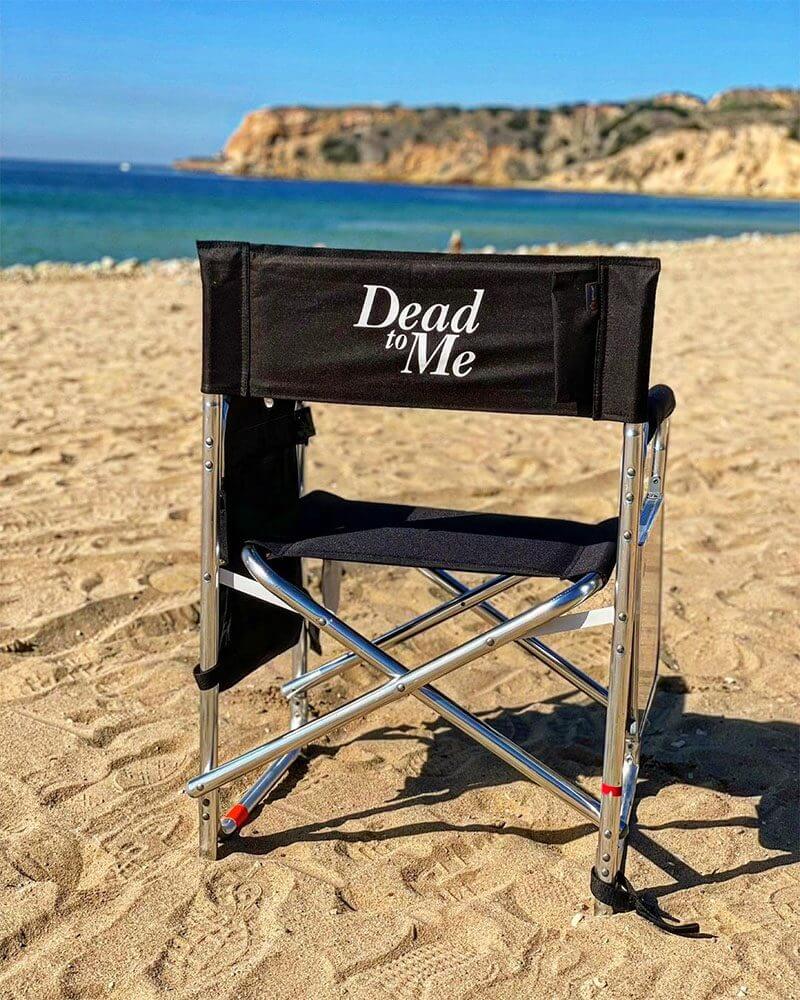 Filming wraps on Dead to Me Season 3

What to expect from Dead to Me season 3 on Netflix

*Dead to Me Season 2 Spoiler Warning*

Ben, presumedly on his way to identify the body of his dead brother Steve, hit the car that Jen and Judy were in at the intersection. The struggling alcoholic had been drinking whiskey and ran through a stop sign.

It’s unclear if Ben even realized it was Jen and Judy he hit, and whether or not the pair got a glimpse of Ben before he drove away.

This will weigh heavily on Ben, who’s likely to turn to another bottle, especially if he thought he killed whoever was in the car, not to mention being on the way to identifying his dead brother’s body.

Jen and Judy are conscious, but it’s unclear what injuries the pair may have sustained. If the pair learn that Ben was the one driving, we can expect an awkward confrontation between them. 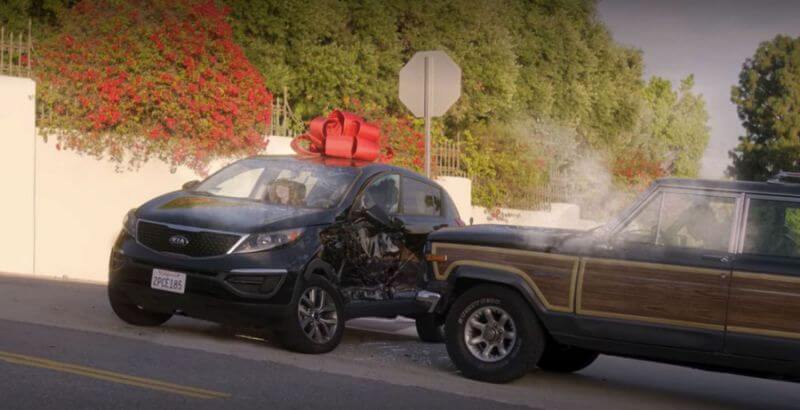 Ben crashed his car into Jen and Judy – Copyright. Dead to Me

After searching Judy’s room for some weed, Charlie finds the letter that his mother, Jen, had written for Judy.

It’s not revealed if Charlie actually read the letter, but if he has, then he will have learned of Judy’s involvement in his father’s hit-and-run death. Not to mention, his mother’s guilt in killing Steve.

Such evidence would make him innocent as he is still a suspect in Steve’s disappearance.

Charlie has shown to be extremely rebellious, so he could either end up blackmailing Judy and Jen, or he’ll make their life hell because of his father’s death. 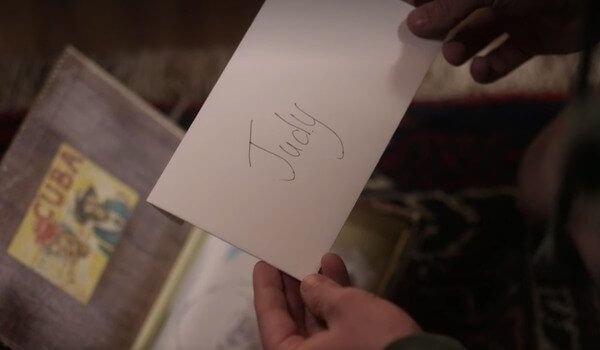 Charlie found Judy’s letter from his mother – Copyright. Dead to Me

Will Jen be caught?

Jen was prepared to face the consequences of Steve’s murder and had confessed to Detective Perez. But after the pair were unable to find the body, and had a heart-to-heart, Perez let her go free.

Nick, who’s been hot on the case, was given a bag of evidence by Judy to incriminate Steve and Steve’s father. She was hoping that Nick could use the evidence to protect Jen, but realizing that Jen hadn’t formally confessed, she had to backtrack.

Charlie has the letter, Jen confessed to Perez, and the body of Steve has been found, there many threads of the web that could lead all the way back to Jen being arrested. 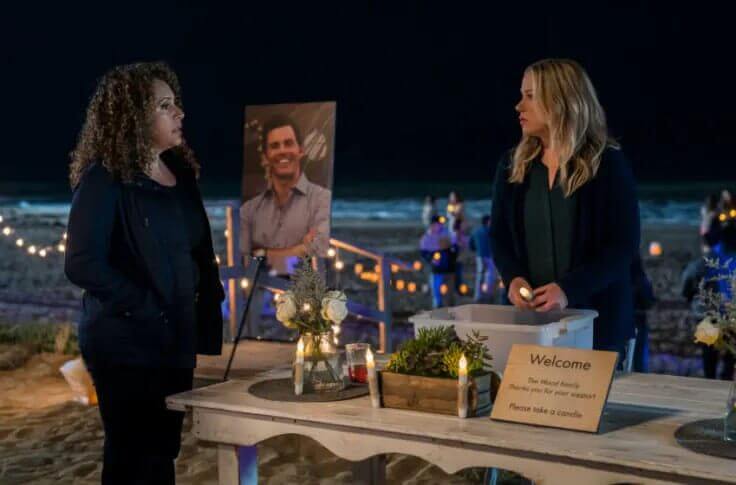 Perez was hot on the case until Jen confessed – Copyright. Dead to Me

Episode Titles for Dead to Me Season 3

Only one episode title has been announced so far with that being episode 1 titled “We’ve Been Here Before”.

Who will be returning for season 3 of Dead to Me?

We can expect to see the following cast members return to reprise their roles in the third season of Dead to Me:

A bunch of names have been attached to appear for the first time in Dead to Me season 3. It’s worth noting that all these roles are minor but still worth covering: 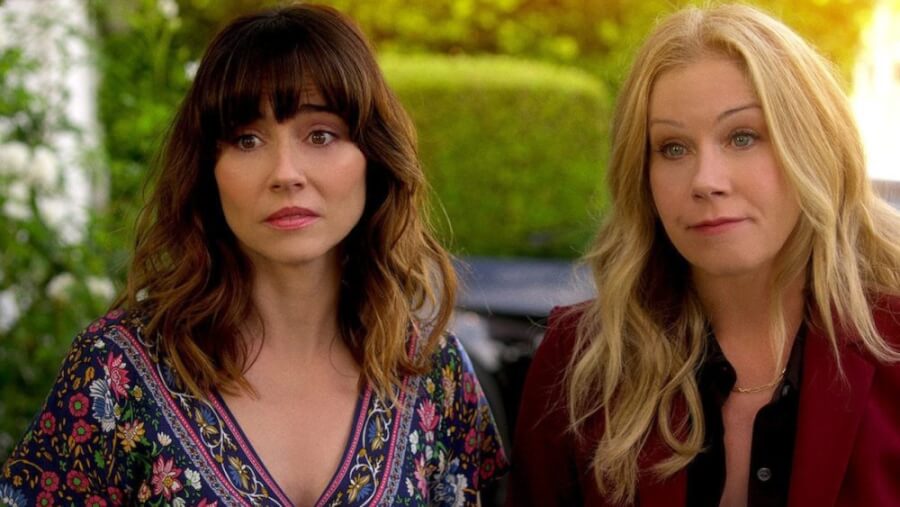 Now before we leave you, here’s an excellent table read that was filmed during the global lockdown.

In an interview on the Netflix Queue website with Liz Feldman, she spilled the beans on some of the major spoilers in season two. It doesn’t go into too much detail regarding season 3, but it does reveal the following:

“but she is happy to confirm that the series will continue to navigate the complexities of friendship and grief. It will also remain committed to normalizing female anger.”

We should also note that Edward Asner, who played Abe Rifkin in season 1, sadly passed away in late 2021. In an Instagram post, Liz Feldman paid tribute, saying: Edward Asner behind the scenes on Dead to Me

And finally, we’d recommend watching this excellent deconstruction on what makes Dead to Me so special.

Are you looking forward to the third season of Dead to Me on Netflix? Let us know in the comments below!